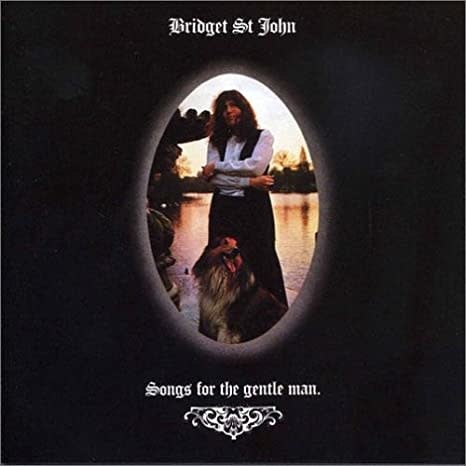 The English singer and guitarist Bridget St John was introduced to the bourgeoning London folk scene by guitarist John Martyn, her rich and unusually deep voice being highly distinctive. BBC Radio disc jockey John Peel became one of her greatest champions, and when Peel formed the Dandelion label in 1969 with former Elektra record plugger Clive Selwood, the original intention was to issue St John’s music. Following debut album Ask Me No Questions, which featured Martyn on a few tracks, the 1971 follow-up Songs For The Gentle Man was produced by Ron Geesin, who supplied a more orchestrated arrangement with woodwinds; the album also features a cover of Donovan’s The Pebble And The Man.