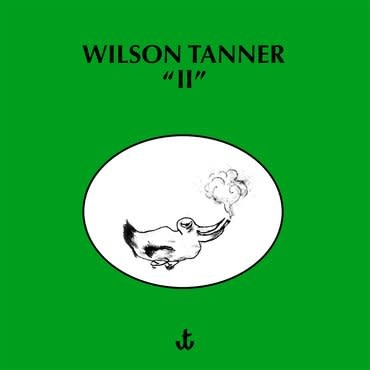 Wilson Tanner come to shore with a new album of floating melodies, lightly salted. Titled quite simply II the album features eight tracks which span the breadth of eclectic experimental ambient, balearic and abstract electronica. Throwing electroacoustic conventions overboard, Andrew Wilson (Andras) and John Tanner (Eleventeen Eston) recorded this new work aboard a 1950s riverboat with a resourceful array of weatherproof electronic instruments and a long extension lead. These eight compositions pull in a by-catch of maritime folklore; of Siren and Selkie, Seagull and engine oil slick. A change of course from their debut album 69 (Growing Bin Records, 2016), the ambient temperature drops as II casts out to sea in uncertain weather and returns to the safe harbours of Port Phillip Bay. The seafarers head out to My Gull’s poised optimism. The birds watch but do they listen? By the arrival of Loch and Key, the shoreline has dissolved completely, the boat floating in serene infinity as the rest of the world spins. Conditions soon take a treacherous turn on Killcord Pts I-III - a 12 minute odyssey that battens down the hatches as these sailors eye merciless waves and blinding ocean spray, jointly channelling Berlin- school electronics and sea legs. In the aftermath, the waterlogged bleeps of Idle survey the damage as our parched crew sound the distress signal and ultimately descend into delirium. Known for navigating individual courses as solo musicians, Wilson and Tanner’s collective storytelling is saturated in detail, buoying between tension and harmony. II modestly stands as some of both artists’ most accomplished material.