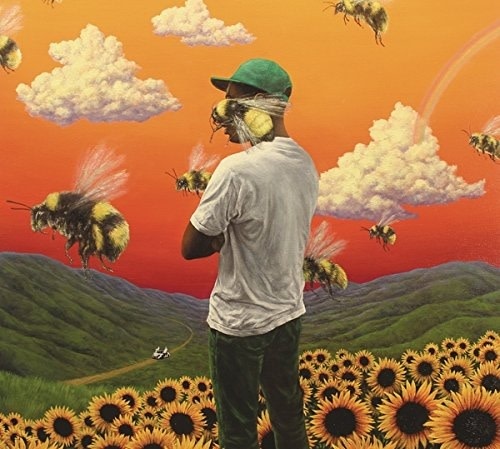 Proclaiming himself as Flower Boy T with that gravelly voice and irascible disposition befitting a proprietor of a rust-belt collision shop, Tyler, The Creator thrives on his paradoxical character and daily life throughout his self-produced fourth solo album. Despite the coarseness of its alternate title, Scum Fuck Flower Boy, this is easily the least vulgar Tyler release. It's also the most radiant one, akin to a modern-day N.E.R.D. album -- marching-band drums, curlicue strings and synthesizers, candy-coated melodies galore -- filled with purpose, lacking in aimless frivolity. This is a major creative advancement, no slapdash repository of provocations and whims. While most of these songs are rife with anxiety and isolation, the open-hearted lyricism and wide-scoped productions, put together by an artist in peak form, make them immensely engrossing. Frank Ocean, Pharrell Williams, Kali Uchis, Syd, and Estelle are among 11 supporting cast members, not one of whom is inessential to the whole.