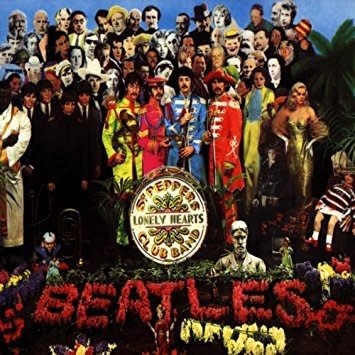 With Revolver, the Beatles made the Great Leap Forward, reaching a previously unheard-of level of sophistication and fearless experimentation. Sgt. Pepper, in many ways, refines that breakthrough, as the Beatles consciously synthesized such disparate influences as psychedelia, art-song, classical music, rock & roll, and music hall, often in the course of one song. It's possible to argue that there are better Beatles albums, yet no album is as historically important as this. After Sgt. Pepper, there were no rules to follow -- rock and pop bands could try anything, for better or worse. Ironically, few tried to achieve the sweeping, all-encompassing embrace of music as the Beatles did here.