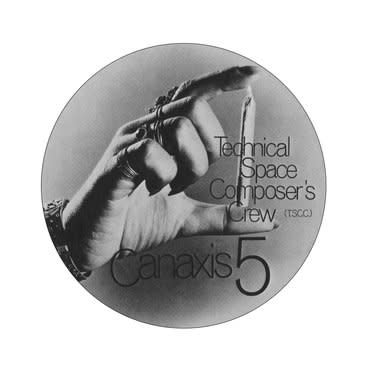 Canaxis 5 is the only studio album to be released by the Technical Space Composer's Crew, released in 1969 by Music Factory. On later issues, the artist credit would be changed to Holger Czukay and Rolf Dammers. Canaxis predates almost every experiment with world music: from Popol Vuh to Brian Eno, from Steve Roach to SPK. Holger created tape loops with found voices and sounds (coming from Vietnam, China and Japan generally). Canaxis uses modern Western techniques and Eastern spiritual power. When the electronics turns on it sounds almost like ambient, other times this is classical or ethnic music.