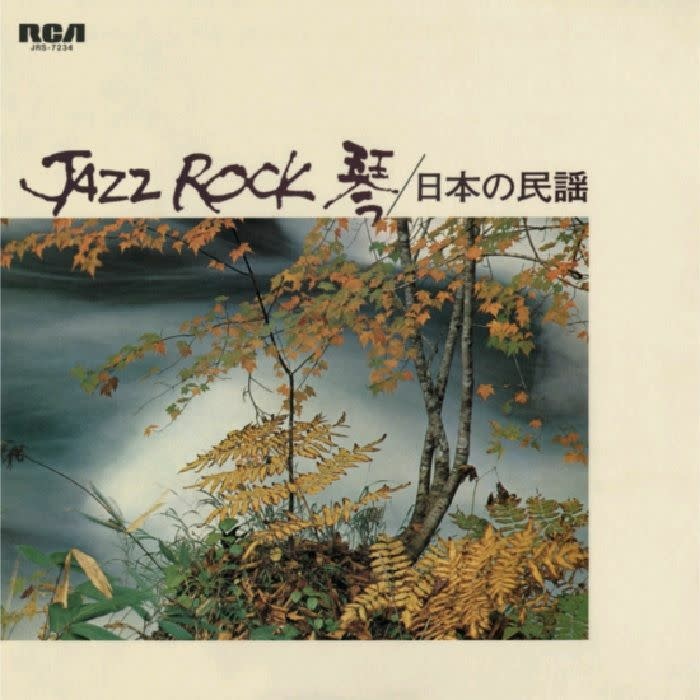 They say you can't judge a book by its cover, and going by Jazz Rock, nor a record by its title. Though entering into jazz territory and featuring some distorted guitar, Jazz Rock is more a beautiful marriage of funky breakbeat drumming and spiritual jazz instrumentation, combined with traditional Min'y music performed on the koto and shakuhachi. Originally released in 1973, the record sounds simultaneously vintage and contemporary. It is akin to something Madlib might dream up whilst lost in Japan collaborating with Min'y players at a recording session. The record features some amazing shakuhachi (bamboo flute) playing by Hozan Yamamoto, which gives the music a haunting, dreamlike atmosphere. You can almost visualise the long grass blowing in the wind, and ear the bamboo rustling in the distance on a long hot summer's day. Takeshi Inomata, Tadao Sawai and Kazue Sawai anchor the session. Takeshi's exceptionally funky-drum work will almost certainly get some producers dusting off and firing up their MPC's. Whilst Kazue and Tadao work their magic on the koto (a traditional string instrument). Though certainly not an ambient record, Jazz Rock has the same meditative, other-worldly quality that invites you to sit back, listen and be transported somewhere else. Unfortunately, until now the Jazz Rock album is a scarcity that commanded a high price-tag only for the most hardened of record collectors. So it is pleasure to make it accessible to all, and we hope you dig this lost, obscure future classic as much as we do.