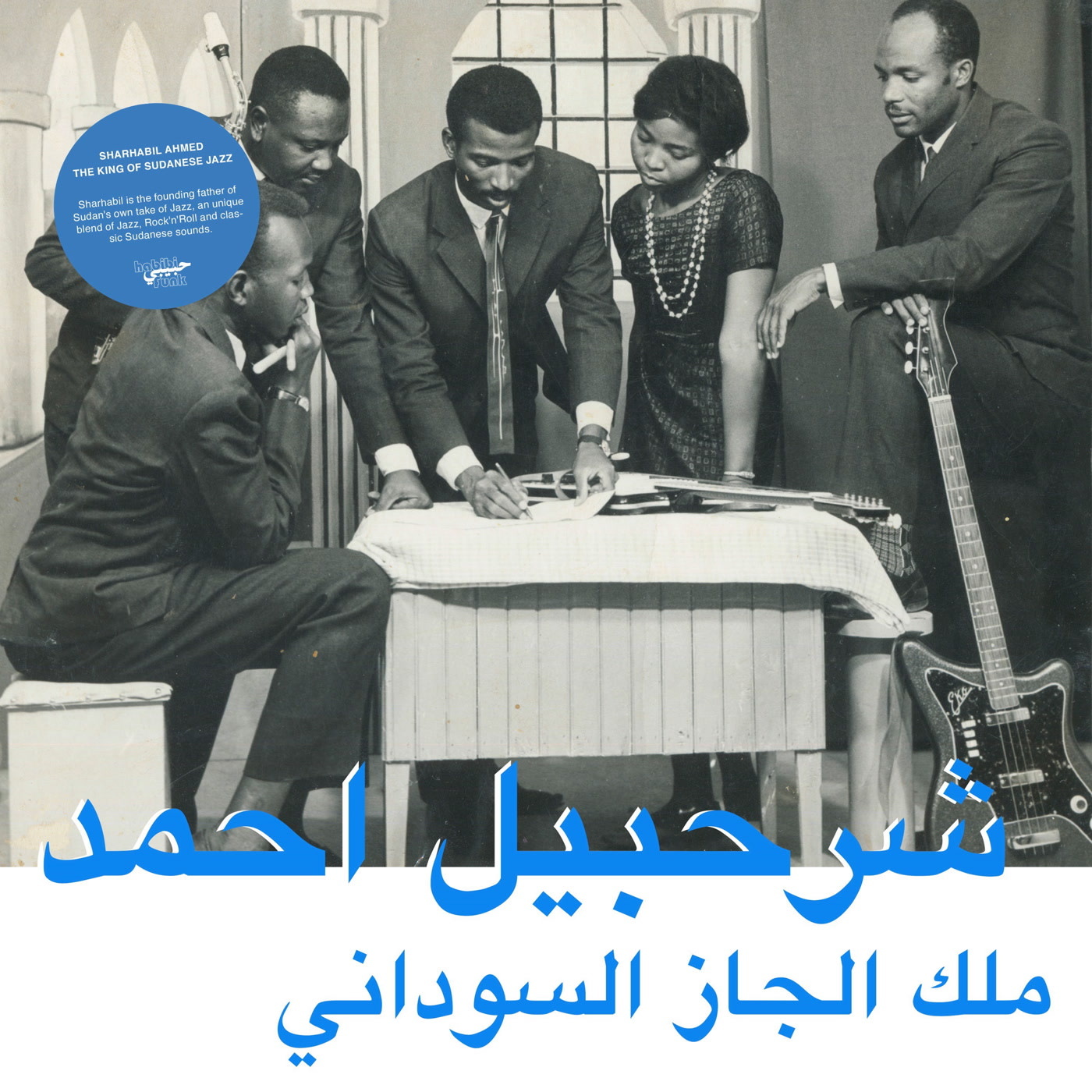 Habibi with their 13th release and it is from Sharhabil Ahmed, the actual King of Sudanese Jazz (he actually won that title in a competition in the early 1970s). Sonically it sounds very different from what Jazz is understood to sound like outside of Sudan. It's an incredible unique mix of rock'n'roll, funk, surf, traditional sudanese music and influences from Congolese sounds. Original copies of Sharhabil recordings are often hard to find, so it's great they will now be widely available. Sharhabil was born in 1935 and he is the founding father of the Sudanese Jazz scene. His aim was to modernize Sudanese music by bringing it together with western influences and instrumentation like he summarized it himself in a 2004 interview for Al Ahram Weekly: "[...]Haqiba music, you know, was traditional vocal music with little accompaniment beyond a tambourine. When our generation came in the 1960s, we came with a new style. It was a time of worldwide revolution in music. In Europe, the rhythms of swing and tango were being replaced by jazz, samba, rock- and-roll. We were influenced by this rejuvenation in Sudan, too. I started out by learning to play the oud and traditional Sudanese music, and got a diploma from the music institute of Khartoum University. But my ambition was to develop something new. For this, the guitar seemed like the best instrument. Western instruments can approximate the scales of Sudanese music very well. After all, a lot of Western music is originally from Africa. I have absorbed different influences, from traditional Sudanese rhythms to calypso and jazz, and I hold them together in my music with no difficulty." The release comes with a booklet including liner notes, interview and unseen photos. Fully licensed from the artist.