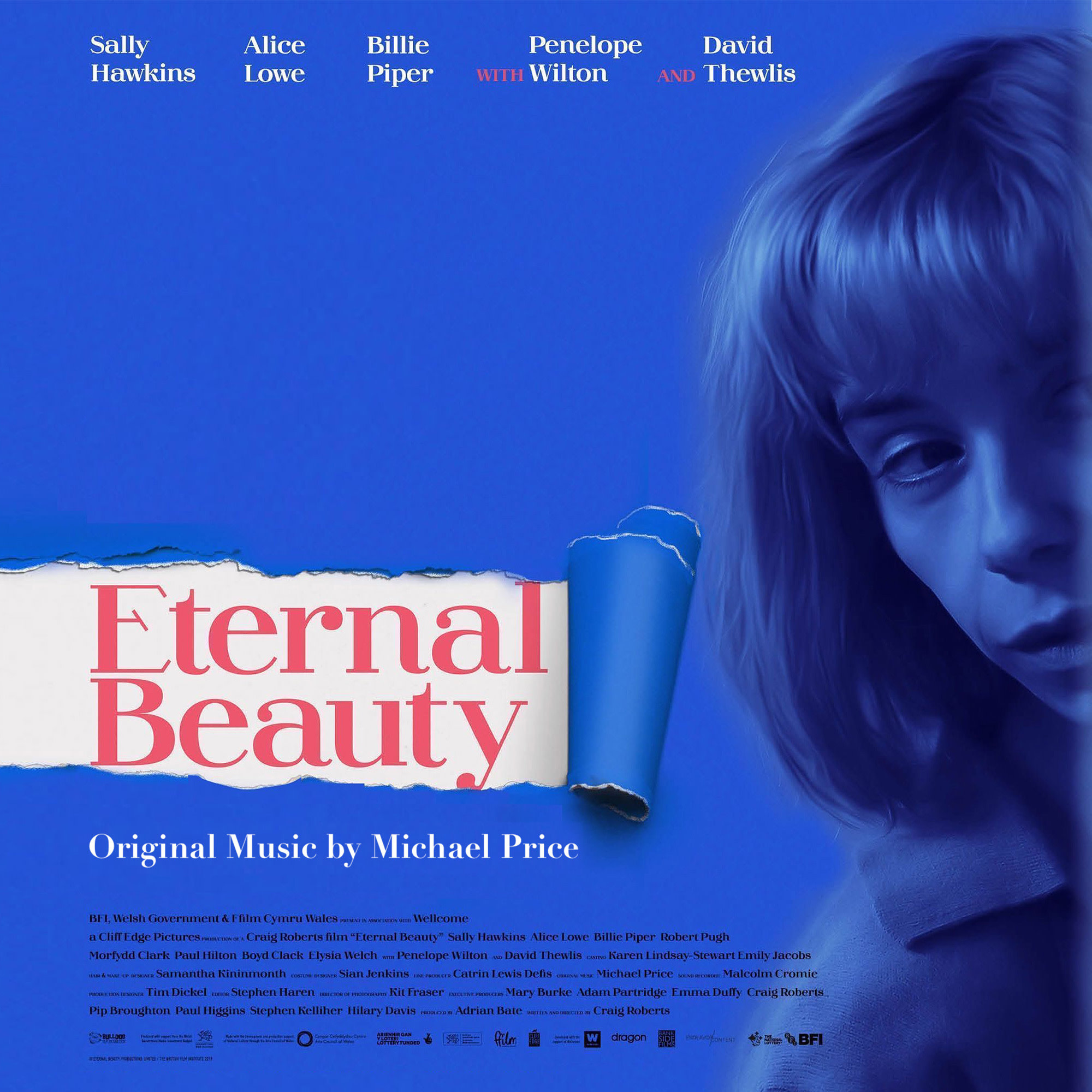 The Eternal Beauty soundtrack will be released on vinyl as the 73rd Dinked Edition, exclusive to the Dinked network of the UK’s best independent record shops.

The 16 track Première edition LP - exclusive to the Dinked network - is a limited edition on blue splatter vinyl and includes a signed and numbered print.

It becomes available to pre-order from October 2nd, coinciding with the cinema release and on demand première of the film. It will also be available exclusively on Bandcamp from the same date, before arriving on all other digital platforms in November.

Price’s score, as his so often do, serves as a narrator, a character helping to guide us through the true highs and lows of Jane’s (Sally Hawkins) rarely uneventful life. Price’s signature sweeping strings, underpinned by piano and a beautifully restrained use of sound design ensures that whilst the score drives the story forwards it never distracts from that which is unfolding before our eyes.