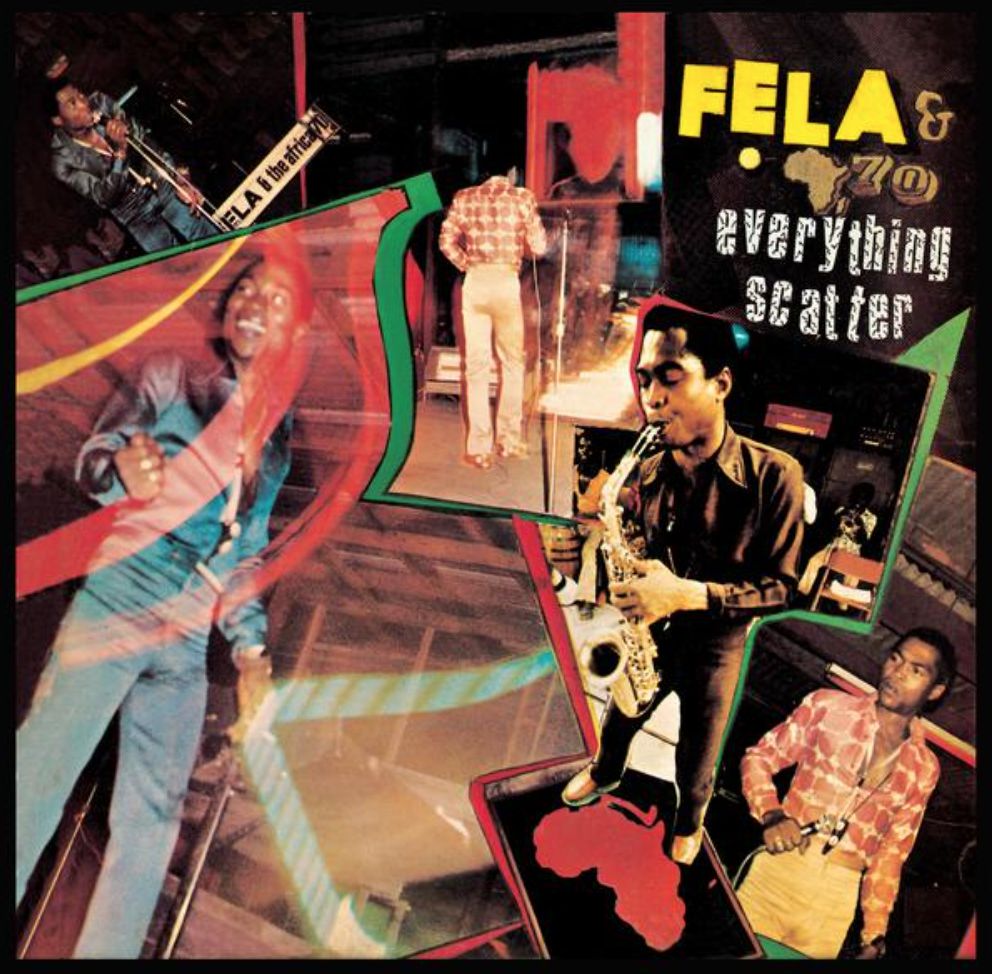 Everything Scatter is about the person and actions of Fela and the members of Kalakuta Republic, which for a long time has become cause for controversy among the Nigerian public. Singing the song in the manner of a story teller with some history behind it, Fela presents the Nigerian society like a moving public bus driving past Kalakuta Republic. A passenger in the bus representing the establishment view, makes a remark condemning Fela and members of Kalakuta as: ‘hooligans’, ‘hemp smokers’, ‘prostitutes’, and ‘political non-starters’. Another man who, like countless of Fela’s teaming admirers, sees him as: ‘Black President’, Chief Priest, Mystic man (Abami in Yoruba language), challenges the establishment man.

Meanwhile, the debate spreads among all the passengers in the bus — those echoing government opinion of Fela and those against. The result is big commotion in the bus, like in all conflict. Everything Scatter. Successive military regimes in Nigeria, in their attempt to silence Fela’s bold criticisms of the establishment have labeled him a trouble maker. Fela however would not relent in his criticism of the corruption and colonial mentality of the establishment — the end result! Everything Scatter.