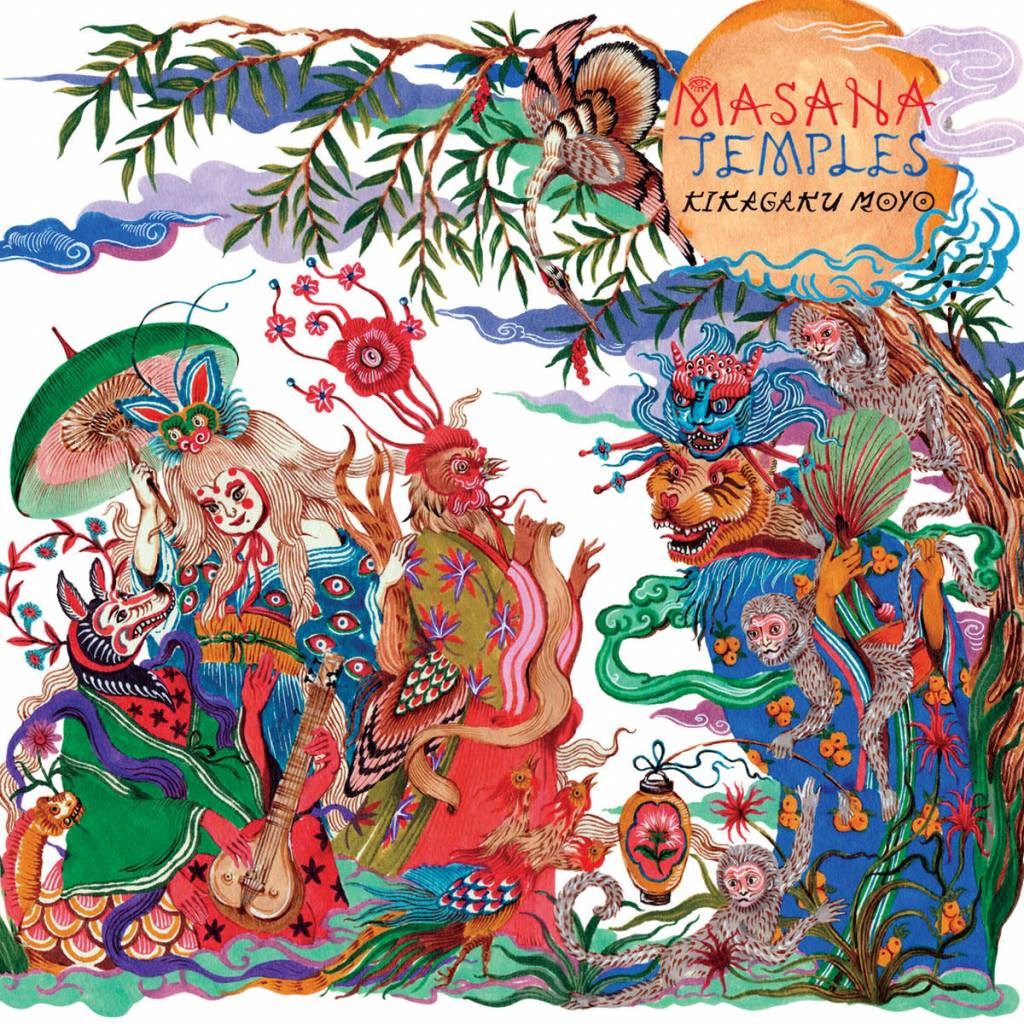 Kikagaku Moyo started in the summer of 2012 busking on the streets of Tokyo. Though the band started as a free music collective, it quickly evolved into a tight group of multi-­instrumentalists. Kikagaku Moyo call their sound psychedelic because it encompasses a broad spectrum of influence. Their music incorporates elements of classical Indian music, Krautrock, Traditional Folk, and 70s Rock. Most importantly their music is about freedom of the mind and body and building a bridge between the supernatural and the present. Improvisation is a key element to their sound. The shifting dimensions of Masana Temples, fourth album from psychedelic explorers Kikagaku Moyo, are informed by various experiences the band had with traveling through life together, ranging from the months spent on tour to making a pilgrimage to Lisbon to record the album with jazz musician Bruno Pernadas. With Masana Temples, the band wanted to challenge their own concepts of what psychedelic music could be.