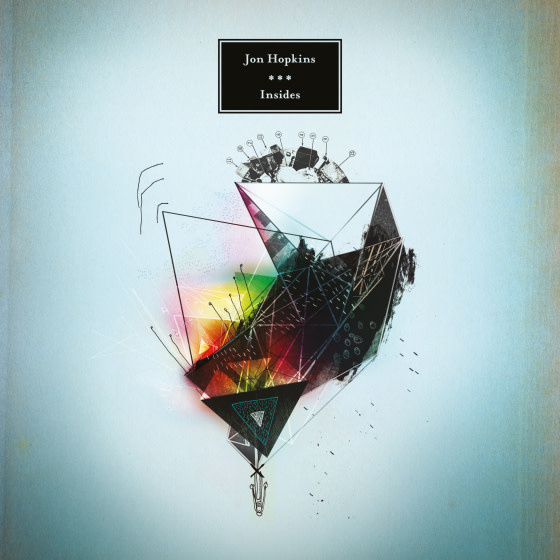 Jon Hopkins is a musical shapeshifter: a composer, pianist and a self-taught studio wizard. He makes big, bold electronic music using walls of synths, twinkling melodies and amorphous bass rumbles. As such his two albums have seen him labeled by the likes of ambient patriarch Brian Eno as an electronic innovator while an impressive sweep of artists from Herbie Hancock to David Holmes, not to mention contemporary choreographer Wayne Mcgregor, lo-fi folkster King Creosote and musical bluebloods Coldplay, have all called upon the 28-year-old Londoner's handiwork as a producer and composer. On Insides Hopkins showcases an intriguing musical aesthetic to brilliant effect. Insides is about juxtaposition: natural, arcane textures welded to pulsing, hypnotic rhythms, beautiful acoustic melodies set against jarring bass. The music is reminiscent of the beautiful melodies and harsh dirty beats of other British artists like Four Tet, Squarepusher, Burial, and Aphex Twin. Above all, Insides is an audacious album which boasts a magical aura all of its own. Hopkins' talents caught the ears of Brian Eno, who enlisted him to work on his Another Day on Earth album and on Coldplay's Viva La Vida. In fact, Coldplay were so taken with Hopkins' music, the band asked him to rework the track Light Through the Veins (from Insides) to bookend their album.