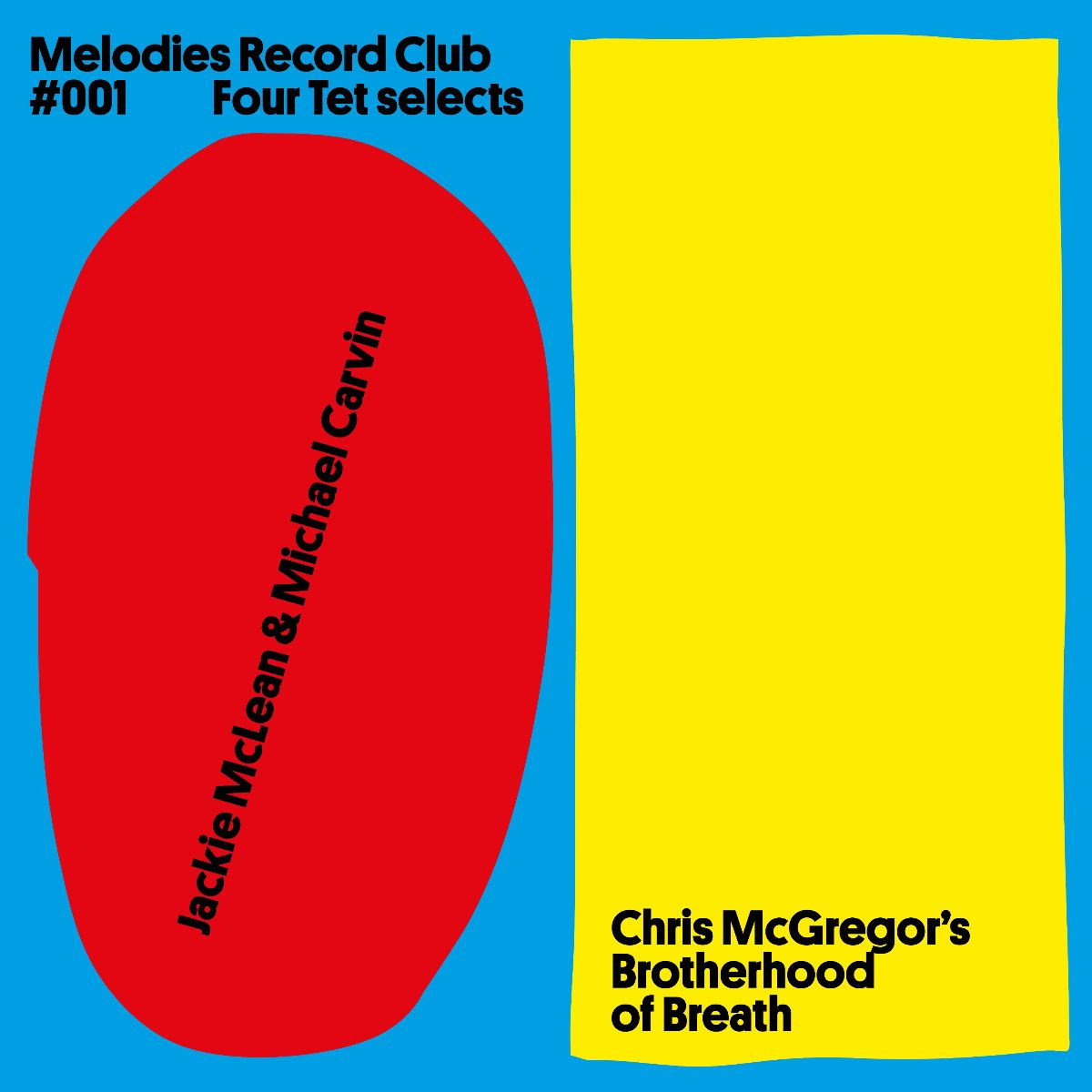 A new release series: “Melodies Record Club”, a string of DJ and artist curated mini compilations in loud 12” format. The first instalment was put together by Four Tet, selecting two big peak-time Jazz tracks he used to spin regularly at Plastic People. On one side, we’ve got all time jazz greats Jackie McLean and Michael Carvin’s De I Comahlee Ah, taken from their seminal album Antiquity recorded in Denmark back in 1975. A year and a half ago, we visited Steeplechase, the original label in the outskirts of Copenhagen. They informed us that at the time, the track was cut short as it didn’t fit on the full LP. They were kind enough to provide us with the tape of the full original recording, allowing us to release for the first time the full extended version capturing twelve and a half minutes of studio magic. Speaking with Michael back in November, he told us that every song on that album was recorded without any overdubs. They had taken their shoes off and organised the studio in such a way that they could move from instrument to instrument during the take (!!) On the flip, we have Chris McGregor’s Brotherhood of Breath – MRA. Back in 70s London, the Brotherhood had brought together musicians who had sought refuge from South Africa’s apartheid regime and the best of a new generation of British jazz musicians. Music journalist Richard Williams, who had originally reviewed the band in the 1970s tell us: “They made music that appealed in equal measure to the head, the heart and the feet, taking the jazz legacy of Duke Ellington and Charles Mingus and adding to it the fantastic dance rhythms and gorgeous harmonies of the townships and untethered collective improvisations of the new free music”. Comes with a folded A2 insert with words from and about the artists. Graphic design by Studio ChoqueLeGoff, illustration and animation by Nevil Bernard and for the audiophiles out there, remastered and cut at half speed by Matt Colton at Metropolis Studios!