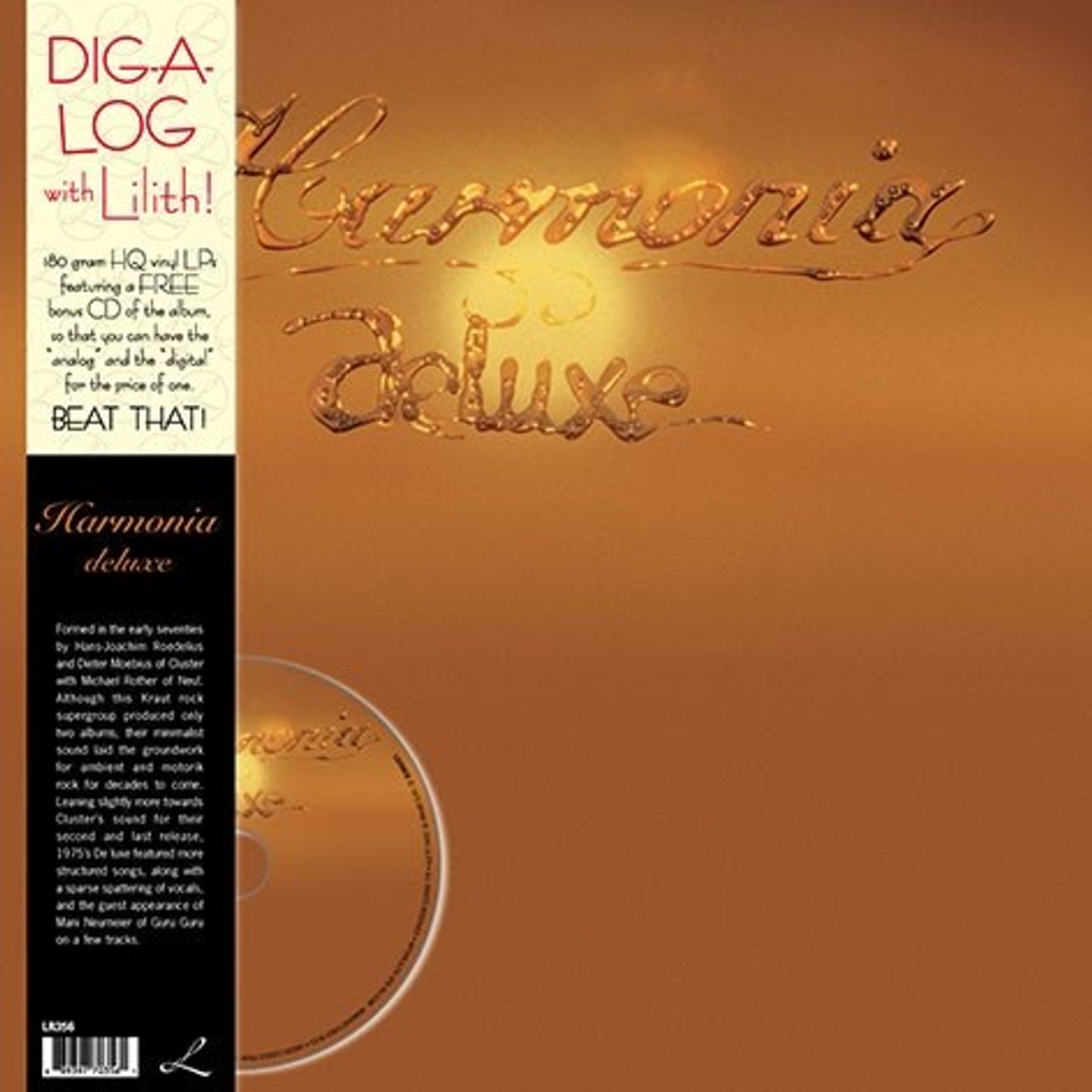 De Luxe is the second album from the West German krautrock group Harmonia, featuring Neu! guitarist Michael Rother with the duo Cluster (consisting of Hans-Joachim Roedelius and Dieter Moebius). It was recorded in June 1975 in Harmonia's studio in Forst, Germany. It was first released on the Brain Records label in 1975. For De Luxe, Harmonia worked with producer Conny Plank (who had previously worked with both their main projects Cluster and Neu!). He brought a 16-track recording machine and mixing desk to the band's country studio. Plank brought along drummer and Guru Guru member Mani Neumeier to perform on several tracks. De Luxe emphasized Rother's rock and pop sensibility over Cluster's more improvisational approach, which led to some creative tension between the members.