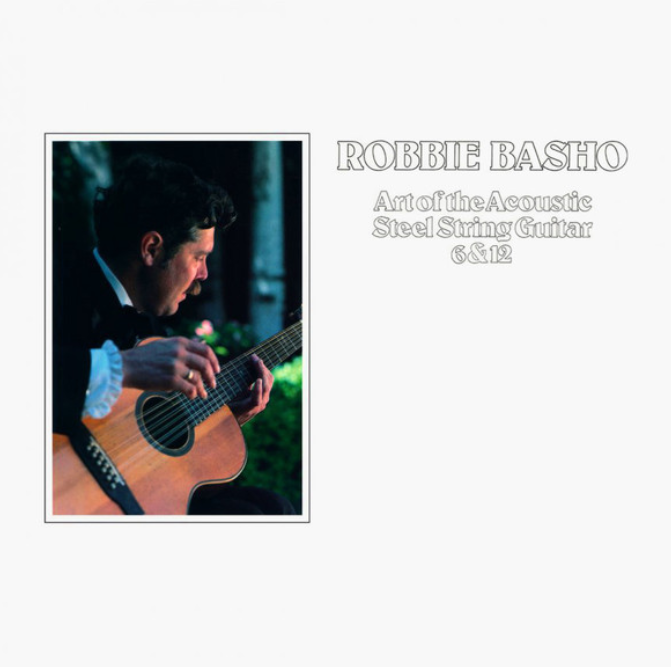 Originally released in 1979, "Art of the Acoustic Steel String Guitar 6 & 12" was Robbie Basho's 15th record, and his magnum opus of solo guitar. It is the culmination of his life's effort to usher guitar music into a new artistic paradigm, and to "establish the steel string as a concert instrument indigenous to America." This album represents Basho’s most technically fine guitar work. In both composition and performance, the album is enormously complex and yet conveys an effortlessness unique to Basho. As he famously espoused, “My philosophy is quite simple: soul first, technique later.” The richness of Basho's soul emanates from this record as distinctly as each note ringing from his steel strings. Only one song on the record (“Pasha II”) features Basho’s enigmatic voice, but it may be his most extraordinary vocal performance – his voice calling out through a shimmer of strings, singing ancient syllables with timeless emotion. The remaining ten instrumental songs roam through Eastern and Western modalities, dark and light meditations, wild and restrained expression. With "Art of the Acoustic Steel String Guitar 6 & 12", Basho summons rich allusions, hallucinations and delicately numinous passages. As he said, "It's not about going far out, it's about going far in. It's about a deeper feeling." These are deep waters indeed, as substantial and enriching today as they were 35 years ago.