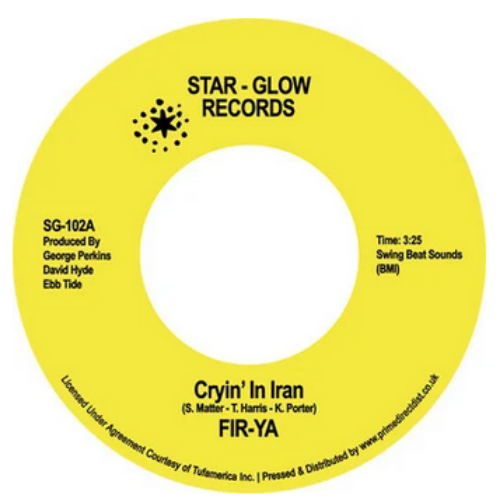 Another independent Rare Soul 7" which has shot up in price lately is the brilliant and anthemic Keep On Tryin' by the curiously-named Fir-Ya, otherwise known as the backing band for Soul veteran George Perkins. Released on the tiny Star-Glow imprint from Baton Rouge, Louisiana, original copies are currently around the £300 mark and rising. Hopelessly obscure but such an incredible and uplifting record really does deserve to a reach a wider audience. A nice socially concious flip too with the soul searching Crying In Iran. Expect significant action from Modern Soul and Rare Disco audiences alike and watch this feel-good anthem ignite the dance-floors again.