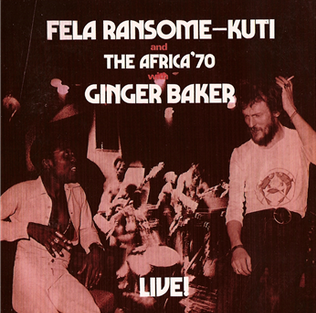 Originally recorded in 1971 at Abbey Road studios in just a few hours, 'Live!' is a collaboration between good friends former Cream drummer Ginger Baker and Nigerian multi-instrumentalist and Afrobeat pioneer Fela Ransome-Kuti and his band The Africa 70.

Featuring a live audience of 150 people who crammed into the studio with them, this is not only a piece of history with some of the most accomplished musicianship you'll ever hear, it's also a really fun party record and a great example of what a live album should be.