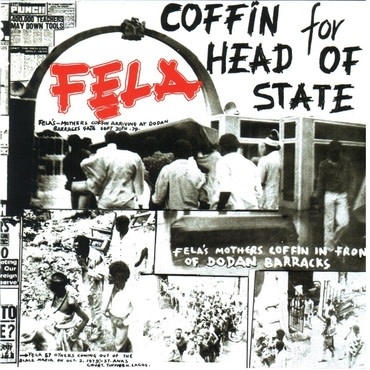 Knitting Factory Records is proud to reissue Fela Kuti's Coffin For Head of State on vinyl, previously only available as part of the Box Set series. The album, made up of one track only, is among Fela’s most courageous responses to the Nigerian army’s destruction of Kalakuta on 18 February 1977. During the attack, Fela’s mother, aged 78, a veteran of Nigeria’s struggle for independence from British colonial rule and an early campaigner for Nigerian women’s rights, was thrown out of an upstairs window, fracturing a leg. Fela believed that the assault led to his mother’s death 14 months later.