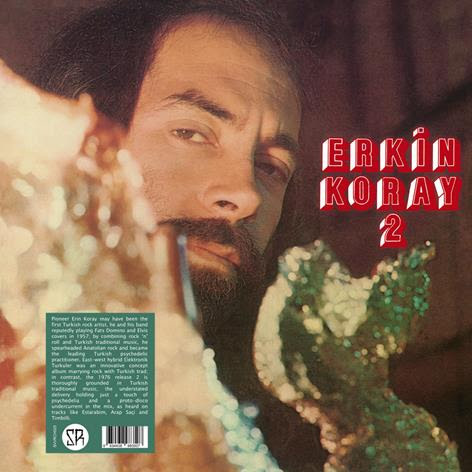 Pioneer Erkin Koray may have been the first Turkish rock artist, he and his band reputedly playing Fats Domino and Elvis covers in 1957; by combining rock ‘n’ roll and Turkish traditional music, he spearheaded Anatolian rock and became the leading Turkish psychedelic practitioner. East-west hybrid Elektronik Turkuler was an innovative concept album marrying rock with Turkish trad; in contrast, the 1976 release 2 is thoroughly grounded in Turkish traditional music, the understated delivery holding just a touch of psychedelia and a proto-disco undercurrent in the mix, as heard on tracks like Estarabim, Arap Saçi and Timbilli.