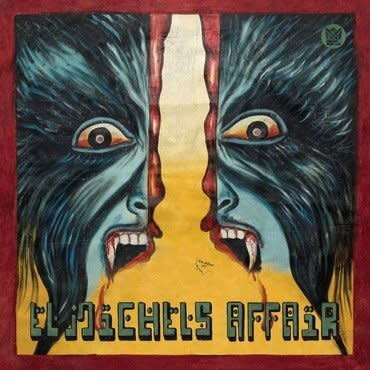 Produced by Leon Michels. Features vocals by Shannon Wise of The Shacks and Piya Malik. Picture sleeve art by Ghanian legend Mr Brew. Last year El Michels Affair released Unathi and Zaharlia. It was EMA's first foray into the world of psychedelic, Turkish-inspired, Bollywood Funk. The enjoyment it brought El Michels Affair and their fans was mutual, so much so, that they recorded an entire record in this unique style entitled, Yeti Season due out later this year. The A side Dhuaan, features the enchanting vocals of Piya Malik. It starts with a barrage of white noise and launches into an unrelenting groove laced with fuzz guitar, crushing drums, and a hypnotic 12 string guitar keeping the whole thing from falling off the rails. Piya's ethereal voice floats atop it all as she sings in Hindi about when a love interest is so powerful, it consumes your every thought. Side B, Sha Na Na, is a more mellow turn and mostly instrumental except for Shannon Wise of The Shacks repetitive hook "sha na na" that adds to the hypnotic effect of the song..