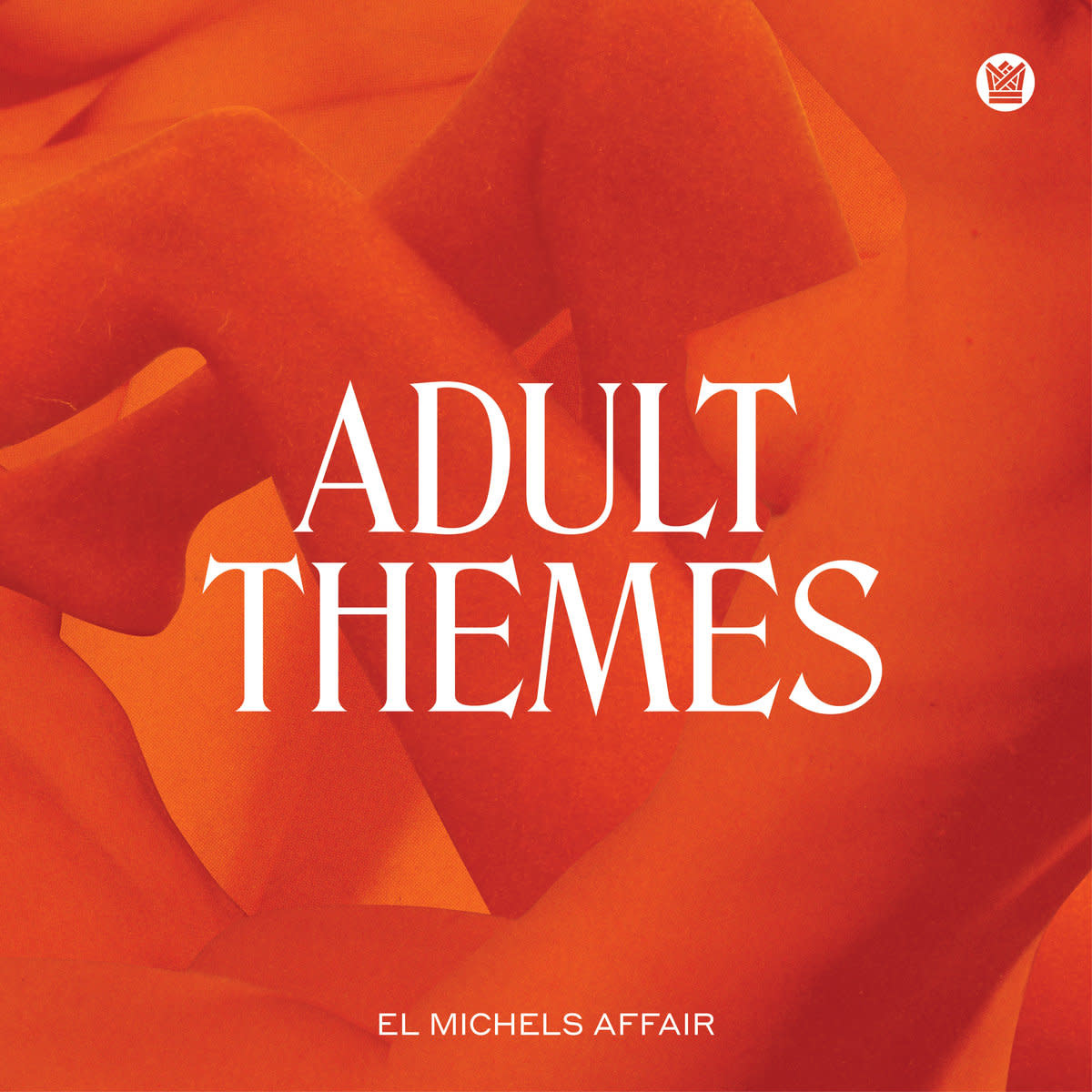 Produced by Leon Michels. First album of original compositions since 2005. Features Shannon Wise of The Shacks on Enfant. Adult Themes is the latest full length offering from El Michels Affair. This album takes the band’s “Cinematic Soul” aesthetic literally and sends the listener on a journey through a whirlwind of moods and energies. With their 2005 debut album Sounding Out The City, EMA spearheaded an instrumental funk / soul movement that inspired a slew of bands and even lead to the creation of a few independent record labels. El Michels has since lent his signature sound to artists from Adele to Dr John, Lana Del Rey to Aloe Blacc, and a who’s who list of others. In 2016 he co-founded Big Crown Records and has since produced the lion’s share of its output. A short stint as the touring band for Wu Tang Clan in 2007 led to the cult classics Enter The 37th Chamber (2009) and Return To The 37th Chamber (2017). Adult Themes marks the long awaited, highly anticipated return to an album of original compositions from El Michels Affair. In 2017 in between producing, playing, and recording on other artists’ records Leon Michels began creating compilations of short interludes intended to be sampled by hip hop producers. Some of these wound up becoming songs by Jay Z and Beyonce, Travis Scott, and Don Toliver. These minute-long snippets were inspired by the dense moody work of ‘60s composers like David Axelrod, and Francois de Roubaix, as well as Moondog’s brand of classical jazz. Michels was having so much fun creating these instrumental / orchestral nuggets that he decided to expand on some of the ideas and create what would become the soundtrack for a movie that has yet to be made, an imaginary film entitled Adult Themes. The album plays like the colours on an artists pallet. Songs like Rubix and Villa are densely orchestrated with the hard-hitting drums that El Michels Affair is known for. On Life of Pablo, Leon’s son makes his first appearance on record and intros a song with an epic arrangement and a moving mood. Hipps is a drum heavy ballad that could’ve easily fit on EMA’s debut record, Sounding Out the City. Other compositions like The Difference and Kill The Lights are bare, melodic mood pieces with sparse drums and sophisticated chord movement. All of these tunes come together to make perfect backgrounds for dialogue and action. One of the beautiful things about instrumental music is that the listener can decide what the narrative is. With Adult Themes El Michels Affair has created a “choose your own adventure” in musical form.