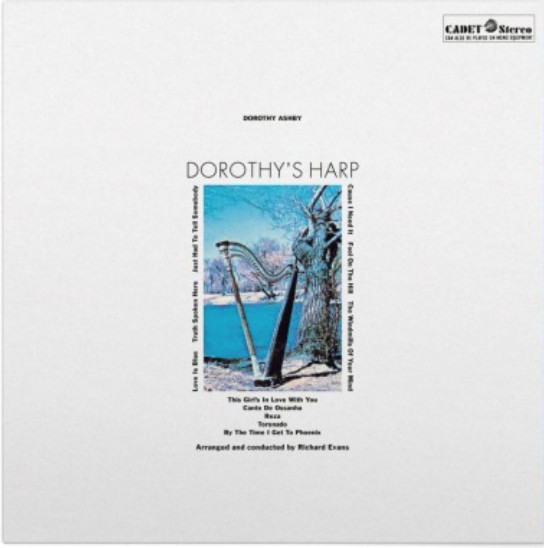 In 1969 the studio album Dorothy's Harp was released on Cadet Records. On the album she covered songs from Jimmy Webb ("By The Time I Get To Phoenix"), Burt Bacharach & Hal David ("This Girl's In Love With You"), John Lennon & Paul McCartney ("Fool On The Hill"), and others. The record also includes the two Brazilian styled compositions "Reza" and "Canto de Ossanha" and two songs written by Dorothy Ashby herself, displaying her craft on the harp with some great bongo work.