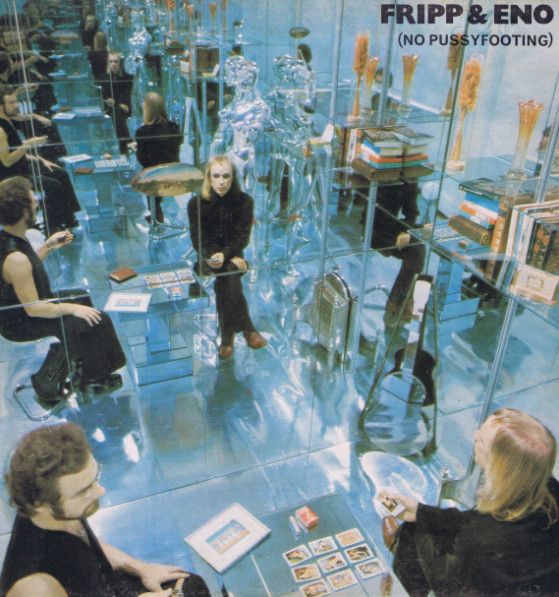 Brian Eno, Roxy Music's art-schooled keyboard and tech wizard, and Robert Fripp, King Crimson's mostly self-taught guitarist, convened in Eno's home studio in 1972. Both were conceptually inclined: Eno called himself a "non-musician," while Fripp claimed to be tone deaf and rhythmically impaired when he began playing. Both of them would go on to reinvent their chosen tools-- Eno the studio, Fripp the guitar (he would eventually devise his own standard tuning and picking techniques)-- to suit their unique talents and visions.