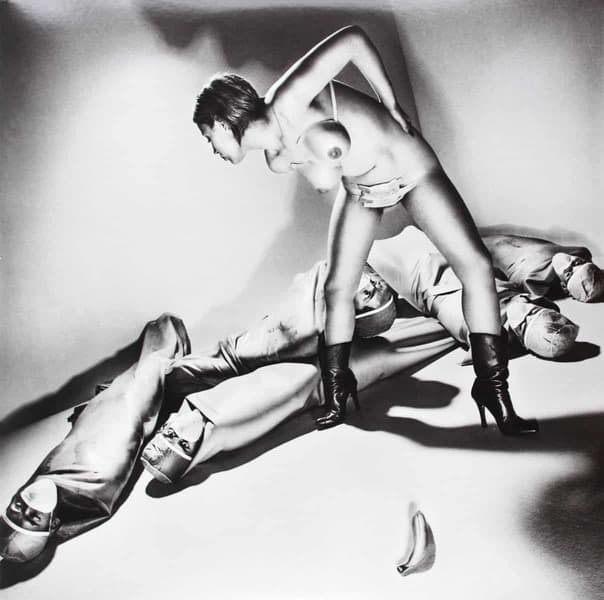 Devo 's Hardcore documents the group's beginning as pre-punk outcasts in the fertile Akron, Ohio underground rock scene. Spawned at the nearby college of Kent State, site of the infamous May 4 Massacre, Devo formed as a conceptual art project armed with a radical philosophy of de-evolution. Mothersbaugh brothers (Mark, Bob, and Jim) and Casale Brothers (Jerry and Bob) along with drummer Alan Myers soon whipped up an otherworldly brand of "devolved blues" that could hold its own alongside the beatnik groove of 15-60-75 (aka The Numbers Band) or the primal rock poetry of the Bizarros. Recorded on various 4-track machines and in tiny studios, basements, garages and between 1974-1977, Hardcore Reveals Their strikingly clear vision: rock n 'roll stripped bare of its collective cool and jerked back into propaganda fit for the post-modern man. It's no surprise That These transmissions would soon catch the eye and ear of Brian Eno who later produced Their landmark 1978 debut album. Noisy synth, strangled guitar chops, and a primitive rhythmic thud power the early Devo sound. Threaded beneath it all are lyrical themes of post-McCarthy paranoia, middle-class ephemera, and Devo 's long-running topic of choice: sex, or lack thereof. Few moments in pop music history can match the grinding, pent-up energy of Mongoloid and the spastic bounce and sputter of Jocko Homo (two anthems presented in Their earlier and superior versions here). Cult favorites like Mechanical Man and Auto-Modown make Volume 1 essential listening.