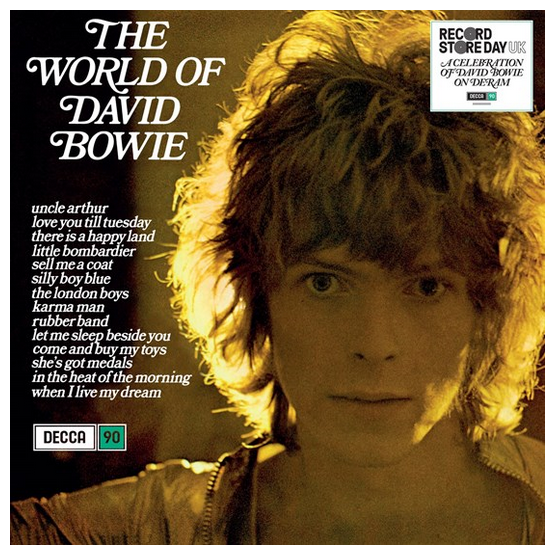 Decca launched its much-loved World Of Series in 1968. The first album set out the series’ stall perfectly, looking at one of the label’s biggest selling artists – yet hardly one that chimed with the counter culture in 1968. The World Of Mantovani – SPA 1, (or PA 1 in mono) – was a 14 track collection, each track a different selection from his sizeable Decca album catalogue. Released in the autumn of the year, it acted as a perfect primer, and its price, 17s, put it shy of the 37s 6d of the full price albums. Its whole raison d’etre was to drive sales of the artist’s deeper repertoire – dip in here and then indulge further – the rear sleeve clearly offered the catalogue numbers of the parent albums.

The series would run throughout the 70s and become a ubiquitous feature of the label. It was taken so seriously, that David Bowie himself offered the track listing for his own addition to the series, (SPA/PA 58), which was released in March 1970 after the success of the Phillips-released single Space Oddity. It also showed how the World Ofs could be a veritable treasure trove for rarities and one-offs, as it contained the first official release of Let Me Sleep Beside You, Karma Man and In The Heat Of The Morning. According to Kevin Cann’s invaluable book on Bowie’s early years, Any Day Now, Bowie bought a copy of the original himself from a record shop on Beckenham High Street. It became a big seller – indeed, Decca repackaged it – when Bowie finally became a big star. Imagine the shock people had thinking they had The Jean Genie when all they had was Uncle Arthur and Little Bombardier.