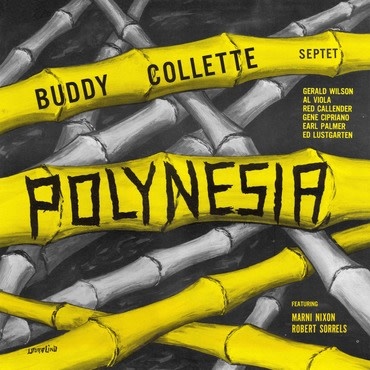 The rarest of all exotic LPs, like Eden Ahbez but with extra added death. This bizarre, rarely heard masterpiece brings together jazz, ancient manuscripts and a convicted murderer. Issued originally in 1959 it originates from Pheonix, Arizona. The concept behind the recording was unusual - to brings together two unconnected worlds: the jazz genius of Buddy Collette with the academic oriental studies and translations of A.I Groeg. Little can be found of A.I. Groeg, But before the LP was recorded A.I Groeg had translated several Polynesian and Japanese manuscripts. These form the basis of the dark narrations and lyrics across the album. Sublime vocalist Marni Nixon (the voice of Maria in West Side Story) was brought in for two songs and fledgling actor Robert Sorrels (now a convicted murderer) supplied the strangely unsettling and almost otherworldly narration.