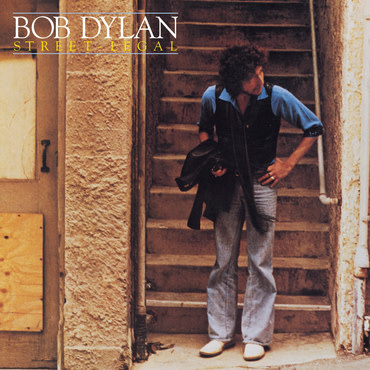 Street Legal is the 18th studio album by Bob Dylan, released on June 15, 1978 by Columbia Records. The last album released before Dylan's late '70s / early '80s three-album foray into christian music, Street Legal is both fascinating and flawed. At the time, Dylan was enthralled with the slick stage presentation of Neil Diamond, which he clumsily attempted to re-create on this 1978 collection. Songwise, Street Legal is a mixed bag. Despite a few missteps, the wordsmith navigates dense terrain in the masterful Senior and the open wound of a closer, Where Are You Tonight?.