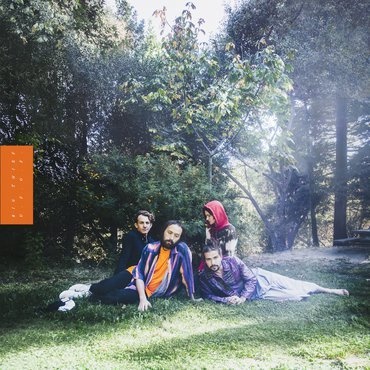 U.F.O.F., F standing for ‘Friend’, is the name of the highly anticipated third record by Big Thief, released by 4AD. It was recorded in rural western Washington at Bear Creek Studios with engineer Dom Monks, and producer Andrew Sarlo who was also behind their previous albums. The New York-based band, featuring Adrianne Lenker (guitar, vocals), Buck Meek (guitar), Max Oleartchik (bass), and James Krivchenia (drums), has spent the last 4 years on an incessant world tour, winning the devotion of an enthusiastic and rapidly expanding audience. Their songs represent an emotional bravery and realness that weaves intimate relationships with the listener, a phenomenon that has made them one of the most widely-respected bands of the current era.