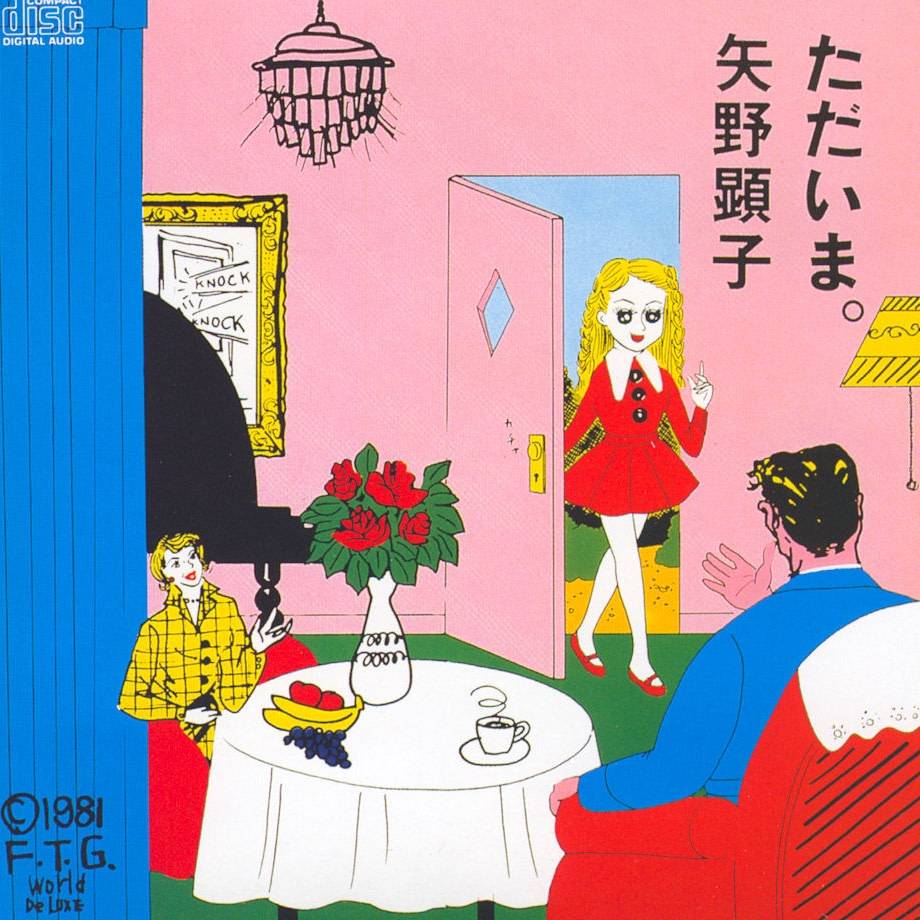 Following the success of Hiroshi Sato’s reissue, Wewantsounds is proud to announce an ambitious programme to release Akiko Yano's albums outside of Japan starting with her 1981 synth-pop masterpiece Tadaima, co-produced by Ryuichi Sakamoto and featuring YMO. The reissue includes original artwork by cult illustrator King Terry, a 2 page insert and OBI Strip (LP) plus a new introduction by renowned Electro DJ Joakim. Japan's best kept secret, Akiko Yano is one of the most ground-breaking artists to come out of the 70s Japanese music scene along with Haruomi Hosono, Ryuichi Sakamoto. Tadaima. ("I'm home" in Japanese) recorded in 1981 is Yano's fith studio album co-produced by her then husband Ryuichi Sakamoto and featuring all the musicians from YMO (Haruomi Hosono, Yukihiro Takahashi and Sakamoto), the group she was touring with at the time. Tadaima is Yano's first attempt to leave the acoustic piano aside and delve into the synth sounds of the early 80s. The result is a fascinating electro pop masterpiece showcasing her talent as a writer, musician and singer, creating her own unique universe. Mixing Japanese and English lyrics, Yano crafts perfect pop songs such as Tadaima, I Sing, Harusaki Kobeni (which became one of her most famous songs after its use in a Japanese cosmetics ad), while Taiyo No Onara is a suite composed of nine short stories written by Children. Contributors on Tadaima also include Shigesato Itoi, one of Japan's most famous copywriters (for Studio Ghibli among others) who wrote two tracks on the album and his friend legendary illustrator Teruhiko Yumura - aka King Terry - who revolutionised underground manga in the 70s with his 'heta-uma' (bad-good) style, as showcased on the album's striking artwork. Tadaima. is the perfect entry point to Akiko Yano’s unique body or work