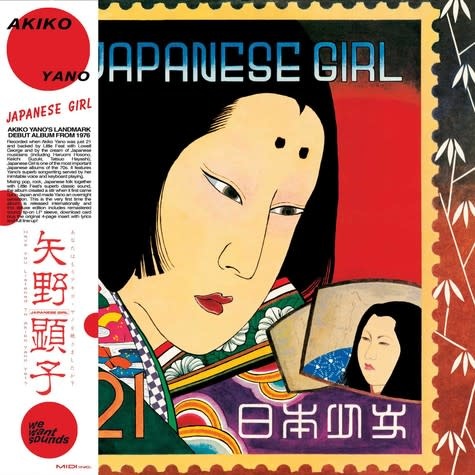 Wewantsounds is pursuing its ambitious Akiko Yano reissue program with the release of Japanese Girl, her landmark debut album from 1976. Recorded with no less than Little Feat as the backing band on one side and the creme of Japanese musicians on the other one (including Haruomi Hosono and Tatsuo Hayashi) when Yano was just 21, the album is a masterstroke bursting with creativity. Featuring superb compositions by Yano with her inimitable voice and keyboard playing, the album mixes pop, rock, Japanese folk and Little Feat's superb sound. The album created a stir when it first came out in Japan and made an overnight sensation of Yano. Released for the first time outside of Japan and about time as it's undoubtedly one of the most important Japanese albums of the 70s.