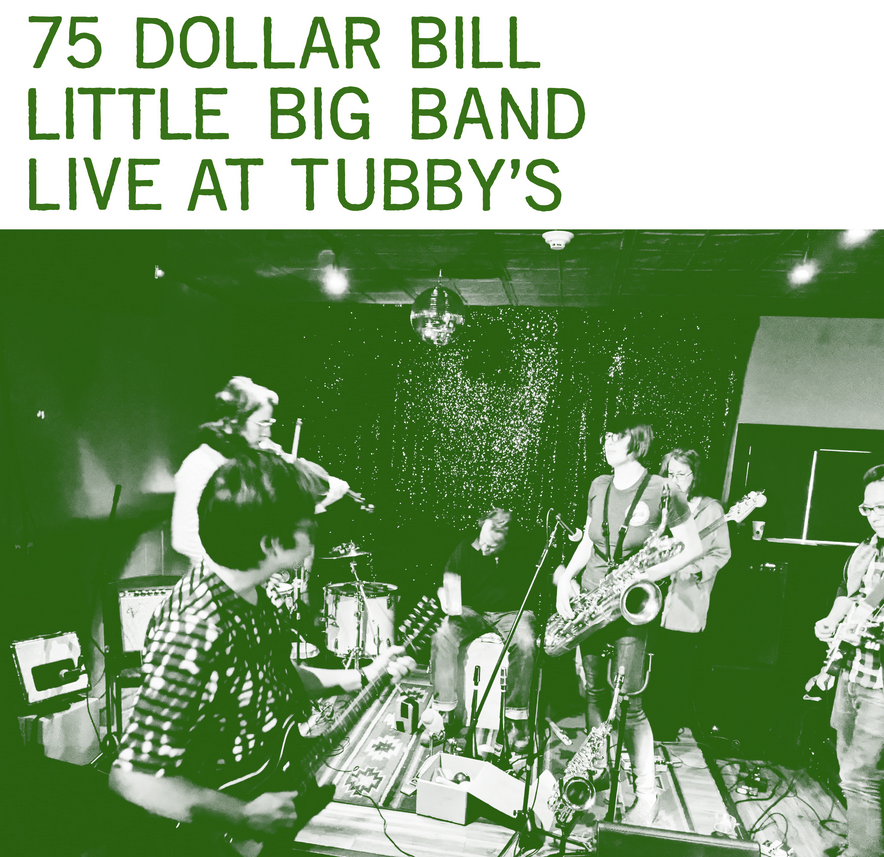 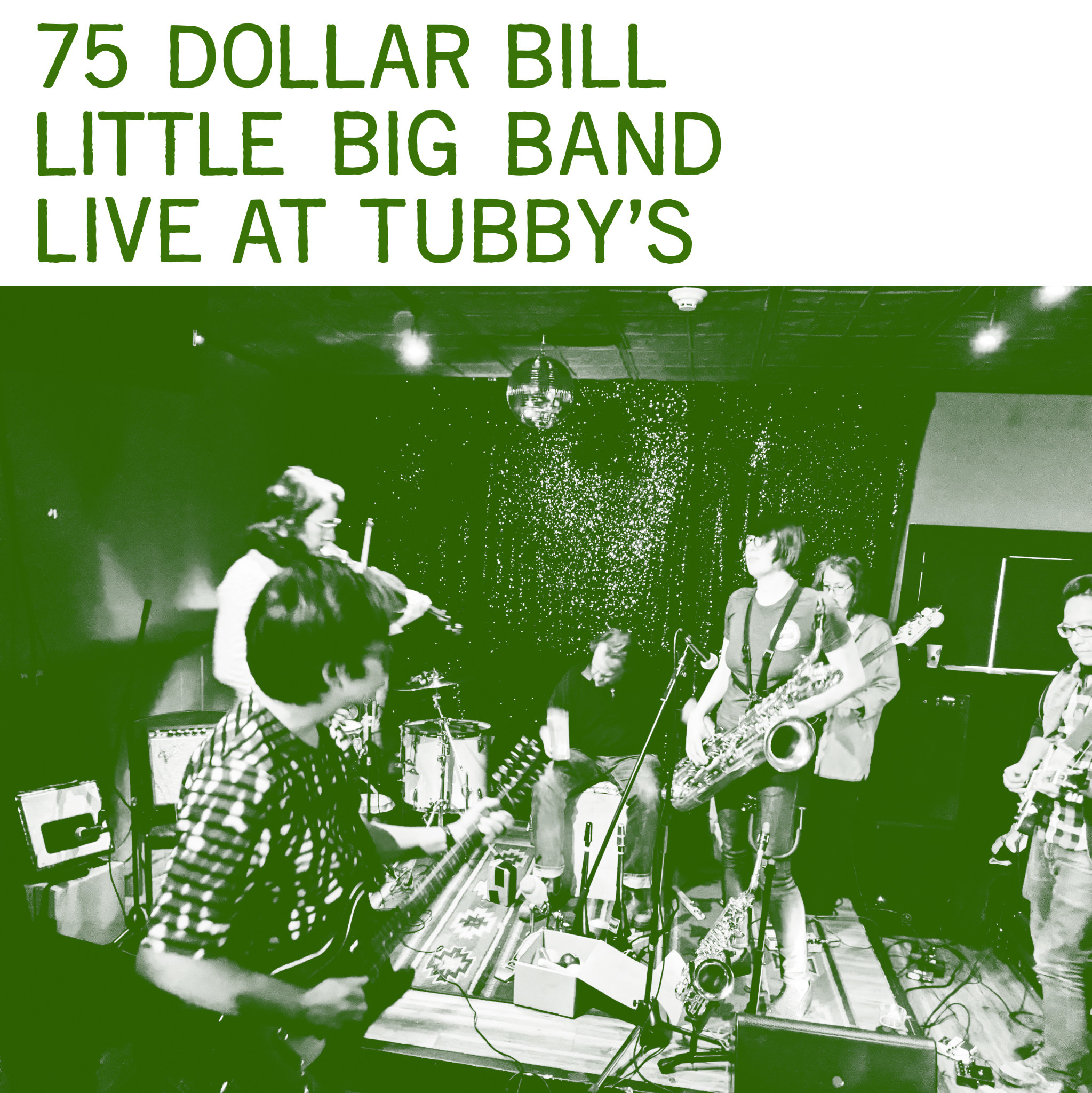 NYC’s 75 Dollar Bill began its prolific career in 2012, after percussionist Rick Brown—a veteran of the indie underground (Fish & Roses, Run On, V-Effect)—and noise scene guitarist and multi-instrumentalist Che Chen—connected via MySpace. Since that initial jam session, when Brown began experimenting with his signature plywood crate drum rhythms, they have released three LPs and a clutch of self-released cassette and digital releases. Last year’s double album I Was Real received serious critical acclaim—The Wire calling it 2019’s Album of the Year.

On their first live album, Live At Tubby’s, 75 Dollar Bill assembled a unique “little big band” [Sue Garner on bass, Cheryl Kingan on sax, Steve Maing on guitar, Jim Pugliese on percussion and Karen Waltuch on viola] for the small Kingston, NY club show. Recorded on the last day of their spring tour, the record puts a new perspective on themes from their body of work: a little more intimacy, a little more freedom, a little more controlled chaos. Brown’s idiosyncratic rhythms are all the more hypnotizing in Tubby’s cozy setting, and Chen’s furious guitar work cuts and hums with sounds seemingly only attainable on stage. It’s an album both challenging and immediate. The expanded 75 Dollar Bill’s affinity for improvisation and the avant-garde even leads to a rousing take on the Ornette Coleman classic, “Friends And Neighbors” that feels right at home in their own repertoire. The listener can’t help but feel present and part of the communal joy and catharsis being shared here in this room. This performance at Tubby’s turned out not only to be the last show of their tour, but the last show possible as the pandemic hit. Originally offered as a digitalonly release on 75 Dollar Bill’s Bandcamp, Live At Tubby’s now documents a highlight and closure of sorts; this kind of musical improvisation and community interaction being on hold for the foreseeable future. This double album on Grapefruit will have to tide everyone over until it can all happen again.