Various - Under The Influence Vol. 8

Home / Various - Under The Influence Vol. 8 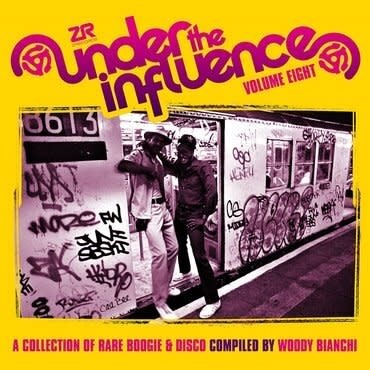 Z Records continues its commitment to unearthing the obscure and long forgotten tracks from the last 40 years through the ever-popular Under The Influence series. Following on from Red Greg, Paul Phillips, James Glass, Nick The Record, Sean P, Faze Action and Winston. It’s now the turn of one of the Italy’s most impressive collectors; Woody Bianchi. The story behind U.T.I is this, being a seasoned record collector Z label boss Dave Lee (Joey Negro) has made the acquaintance of many of the worlds other vinyl junkies. People that may be unknown to the general public but are hardcore enthusiasts who have built some of the best collections of soul, funk and disco on the planet. The idea of UTI isn't about big name djs but is to give a musical platform to those who have the knowledge to put together a track listing of killer tunes. Woody Bianchi is a prolific DJ, producer, remixer and record collector. His International collaborations with Bob Sinclar, Todd Terry, Arthur Baker, Full Intention, Eric Kupper, Jocelyn Brown, Marshall Jefferson and many others have created an remarkable profile for him. He has released over 300 productions worldwide and has toured side by side with many of the scenes greatest names. Here we get the pleasure of delving into his vast collection and plucking some of the rarest records out there, with many of the tracks costing hundreds if you were able to find the originals.