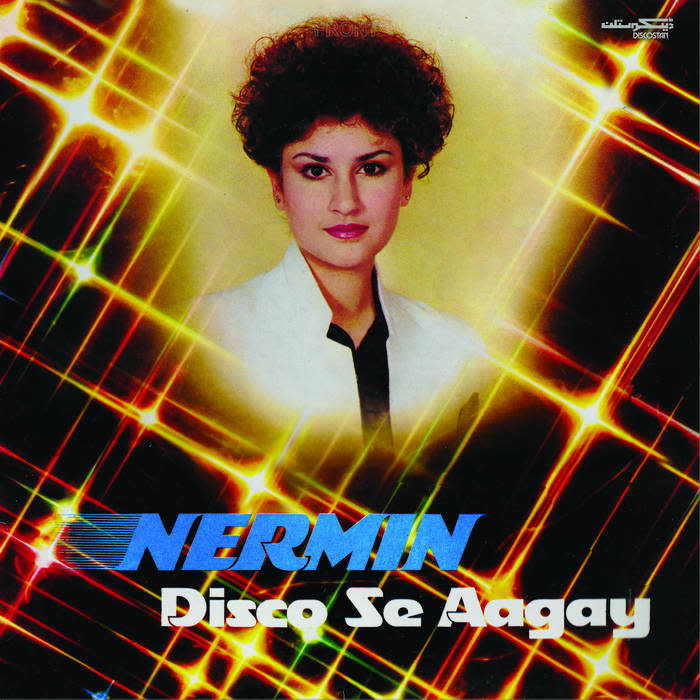 Discostan Records is proud to launch its label with the release of Disco Se Aagay, a rediscovered synth-pop masterpiece from 1984. Rescued from obscurity, Disco Se Aagay— literally “Beyond Disco”— is an unexpectedly perfect storm of two unlikely sources: the visionary sound of British new wave seamlessly interwoven with the Pakistani musical heritage of its teenage dreamers, Nermin Niazi and Feisal Mosleh. Recorded over the course of a summer school holiday in 1984 at the storied Zella Studios, the album was produced by the legendary Oriental Star Agencies record label in Birmingham. Influenced by the likes of Depeche Mode and Human League as well as the luminous disco of subcontinental icons like Nazia Hasan, musical ingenues 14-year-old Nermin and her 19-year-old brother Feisal created a new wave masterpiece with an unexpected twist — Urdu-language lyrics and Hindustani melodic scales.