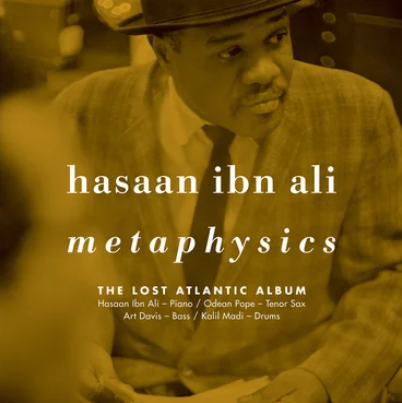 Recorded in 1965, Hasaan Ibn Ali’s Lost Atlantic Album has now been found! Restored from long-lost acetate copies of the sessions, the album showcases the work of the jazz pianist, a contemporary and colleague of John Coltrane. Ali had practiced intensively with John Coltrane in the early 1950s and is thought to have been the influence behind Coltrane’s so-called sheets of sound. He is also partially credited for the harmonic approach that underlay Coltrane’s breakthrough Giant Steps and, alongside Earl Bostic, is one of two role models behind Coltrane’s strict work ethic.