Crass - Yes Sir I Will 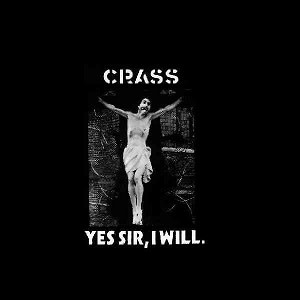 Yes Sir, I Will was the fifth and penultimate album released in March 1983. The album was essentially a bitter and virulent attack on then prime minister, Margaret Thatcher, and her government in the aftermath of the Falklands War and was set nearly wholly over a raging and an almost free-form improvised backing provided by the group's musicians. The album has been remastered by Alex Gordon at Abbey Road Studios, as close as possible to the sound of the original release. Features a fold-out poster.