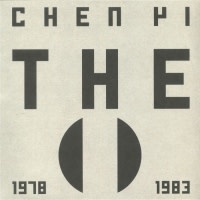 2019 reissue of an unknown masterpiece regrouping old recordings from Chelmsford based Chen Yi commune. The sound of Chen Yi is rough & brutal... electronic music, sound collages that bring to mind Throbbing Gristle or (early) SPK as well as electro-pop-tracks & songs like early Cabaret Voltaire, Chris & Cosey, Severed Heads, etc. The Chen Yi Commune was founded in 1978 by about 20 women & men from London. The aim of the commune was to create a closed subsystem, a kind of sub society and to narrow down its contact to the outside world only on very few specific actions. The Chen Yi commune never was interested in producing records; some of the members even refused any form of release whatsoever. In 1981 one member released a tape edition called Hanging³. The title referred to the first 3 English witches who were hanged in Chelmsford, where the commune house was located. This cassette was sent to various record companies. John Peel saw a potential in Chen Yi that led to a recording contract in 1982/83 with CBS. About 7 tracks were produced for the first Chen Yi LP but unfortunately more couldn't be finalized, because CBS suddenly pulled out of the contract, this left unfinished tapes of an LP. The material on this LP contains completely finished song-material as well as rough session-recordings using early electronic studio equipment.