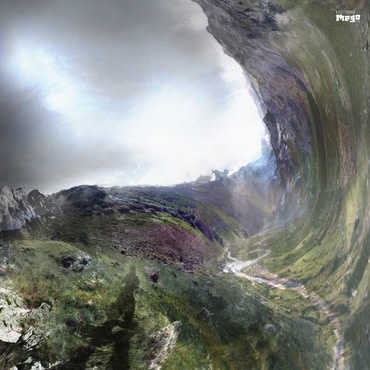 Fantas is the epic opening track on Caterina Barbieri's acclaimed 2019 release Ecstatic Computation. The original Fantas laid out a magical path of patterns leading the listener on a journey into the sound itself. Fantas Variations maps out eight new potentials sprung from this initial path as constructed by a diverse mix of artists lending to a wide spectrum of new works extrapolated from the original work. For this project Barbieri invited friends and long time collaborators from a variety of musical backgrounds to create a more sustainable and inclusive landscape in terms of stylistic, geographical, gender and generational balance. The results are a diverse array of approaches and instrumentation which blur the boundaries between the acoustic and electronic.

Fantas Variations embraces a platform for mutual exchange and support between like-minded artists, where active and collective re-imagination is prioritised over the traditional model of remixes, which is often strategic, functional and more passive.

Longtime friend and collaborator Kali Malone rearranged Fantas to a slowed-down, austere and eerie version for two Organs. Evelyn Saylor created a piece for a vocal ensemble consisting of her, Lyra Pramuk, Stine Janvin and Annie Garlid, joining forces to express the choral, psychedelic and vitalistic nature of the piece. Barbieri's former guitar professor at the Conservatory in Bologna, Walter Zanetti, composes Fantas for electric guitar, by translating every single gesture of the original electronic piece into a personal, nuanced and detailed interpretation. Bendik Giske's reinterpretation for Saxophone and Voice captures the atmospheric essence of Fantas and its psychic meteorology. Longtime collaborator and along with Barbieri the other half of the outfit Punctum, Carlo Maria, resynthesizes Fantas for TR808 and MC202, bringing a more club-oriented dimension of the piece to life whilst unveiling the sonic continuum between rhythm and pitch through a sensitive timbral approach. Jay Mitta's Singeli reinterpretation of Fantas transpires with pitched-up percussion and turbo-fast polyrhythmic patterns unleashing the frenetic, shifting, transformative matter within the piece to a higher plain of euphoric dance. Baseck's variation is a rave fantasia, where the prismatic trance of the original is channeled into fierce, uncompromising hardcore, whilst Kara-Lis Coverdale's take is a phantasmagoria for piano that gently, yet inexorably, captures the relentlessness chimerical qualities of the original, unveiling its spectral backbone. 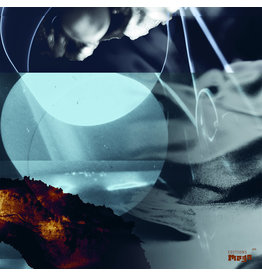 Vanish is Julia Reidy’s yearning, fat debut for Editions Mego.
Julia Reidy - Vanish
£24.99
By using our website, you agree to the usage of cookies to help us make this website better. Hide this message More on cookies »