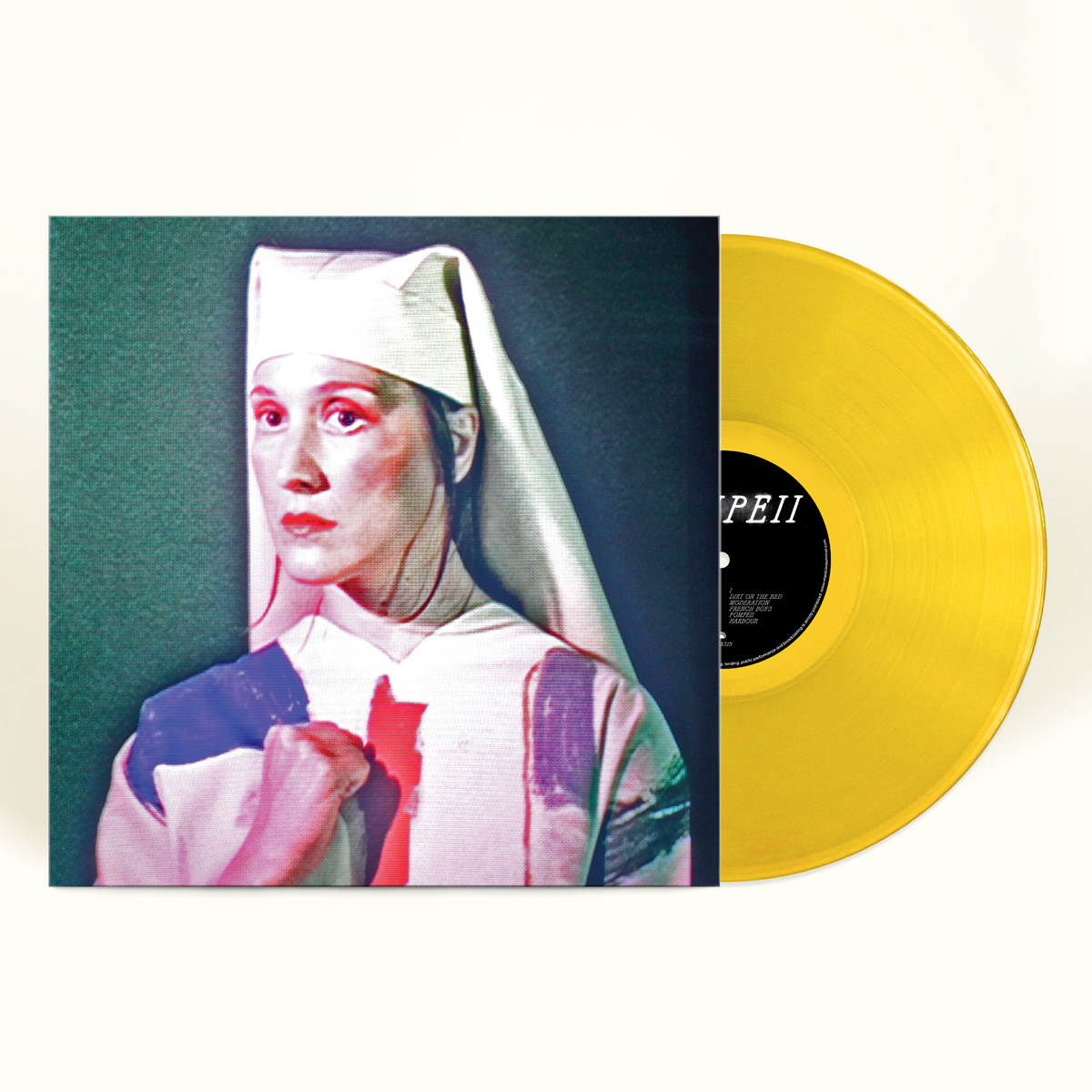 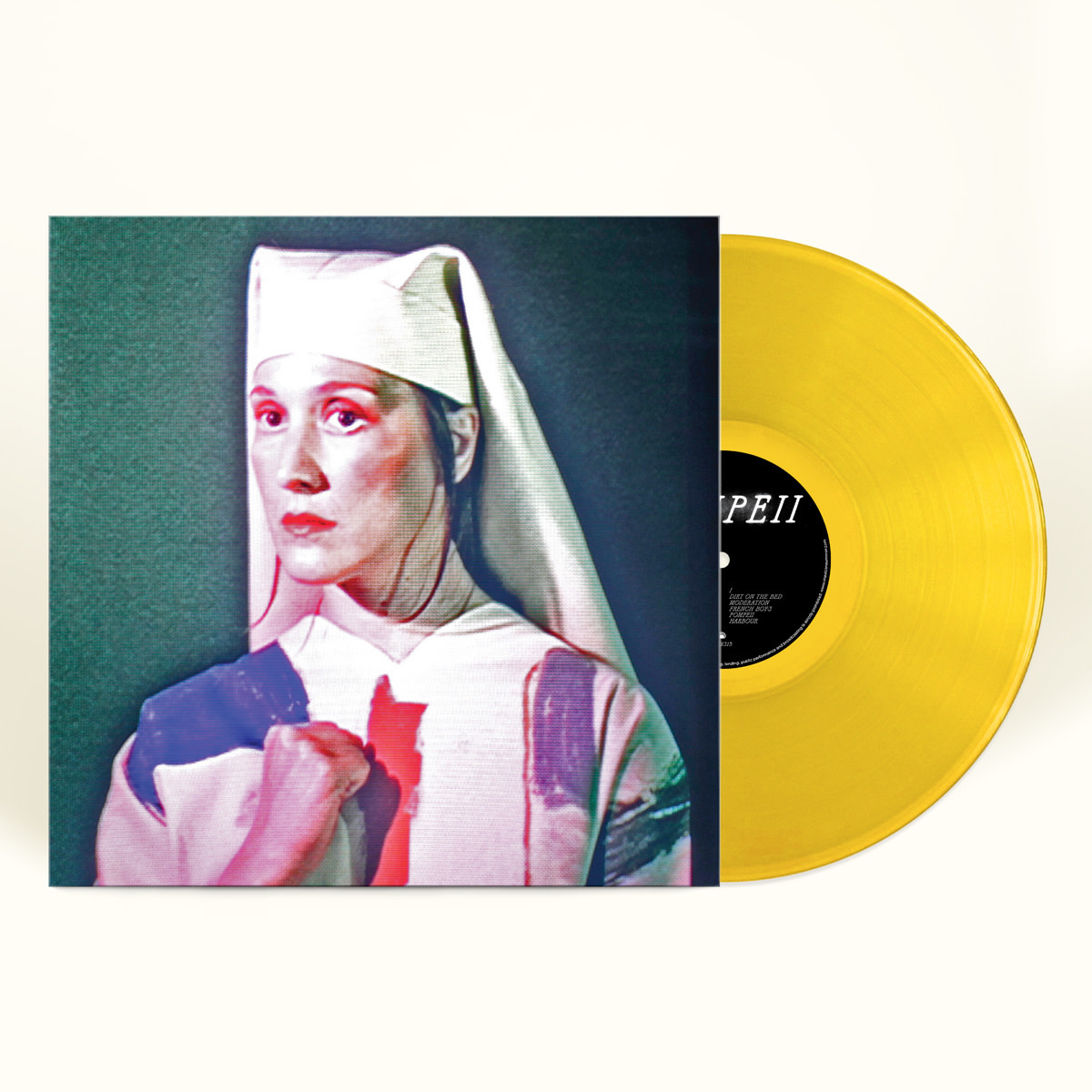 Pompeii, Cate Le Bon’s sixth full-length studio album and the follow up to 2019’s Mercury- nominated Reward, bears a storied title summoning apocalypse, but the metaphor eclipses any “dissection of immediacy,” says Le Bon. Not to downplay her nod to disorientation induced by double catastrophe — global pandemic plus climate emergency’s colliding eco- traumas resonate all too eerily. “What would be your last gesture?” she asks. But just as Vesuvius remains active, Pompeii reaches past the current crises to tap into what Le Bon calls “an economy of time warp” where life roils, bubbles, wrinkles, melts, hardens, and reconfigures unpredictably, like lava—or sound, rather. Like she says in the opener, “Dirt on the Bed,” Sound doesn’t go away / In habitual silence / It reinvents the surface / Of everything you touch.

Pompeii is sonically minimal in parts, and its lyrics jog between self-reflection and direct address. Vulnerability, although “obscured,” challenges Le Bon’s tendencies towards irony. Written primarily on bass and composed entirely alone in an “uninterrupted vacuum,” Le Bon plays every instrument (except drums and saxophones) and recorded the album largely by herself with long-term collaborator and co-producer Samur Khouja in Cardiff, Wales. Enforced time and space pushed boundaries, leading to an even more extreme version of Le Bon's studio process – as exits were sealed, she granted herself “permission to annihilate identity.” “Assumptions were destroyed, and nothing was rejected” as her punk assessments of existence emerged.

Enter Le Bon’s signature aesthetic paradox: songs built for Now miraculously germinate from her interests in antiquity, philosophy, architecture, and divinity’s modalities. Unhinged opulence rests in sonic deconstruction that finds coherence in pop structures, and her narrativity favors slippage away from meaning. In “Remembering Me,” she sings: In the classical rewrite / I wore the heat like / A hundred birthday cakes / Under one sun. Reconstituted meltdowns, eloquently expressed. This mirrors what she says about the creative process: “as a changeable element, it’s sometimes the only point of control... a circuit breaker.” She’s for sure enlightened, or at least more highly evolved than the rest of us. Hear the last stanza on the album closer, “Wheel”: I do not think that you love yourself / I’d take you back to school / And teach you right / How to want a life / But, it takes more time than you’d tender. Reprimanding herself or a loved one, no matter: it’s an end note about learning how to love, which takes a lifetime and is more urgent than ever.

To leverage visionary control, Le Bon invented twisted types of discipline into her absurdist decision making. Primary goals in this project were to mimic the “religious” sensibility in one of Tim Presley’s paintings, which hung on the studio wall as a meditative image and was reproduced as a portrait of Le Bon for Pompeii’s cover. Fist across the heart, stalwart and saintly: how to make “music that sounds like a painting?” Cate asked herself. Enter piles of Pompeii’s signature synths made on favourites such as the Yamaha DX7, amongst others; basslines inspired by 1980s Japanese city pop, designed to bring joyfulness and abandonment; vocal arrangements that add memorable depth to the melodic fabric of each song; long-term collaborator Stella Mozgawa’s “jazz-thinking” percussion patched in from quarantined Australia; and Khouja’s encouraging presence.

The songs of Pompeii feel suspended in time, both of the moment and instant but reactionary and Dada-esque in their insistence to be playful, satirical, and surreal. From the spirited, strutting bass fretwork of “Moderation”, to the sax-swagger of “Running Away”; a tale exquisite in nature but ultimately doomed (The fountain that empties the world / Too beautiful to hold), escapism lives as a foil to the outside world. Pompeii’s audacious tribute to memory, compassion, and mortal salience is here to stay. 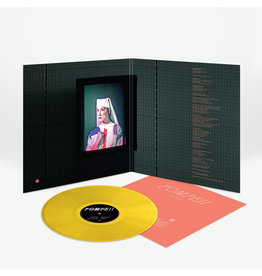 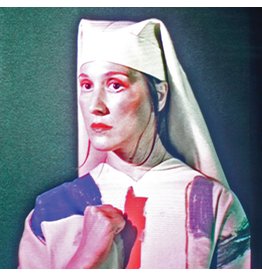 Pompeii is sonically minimal in parts, and its lyrics jog between self-reflection and direct address.
Cate Le Bon - Pompeii
£22.99 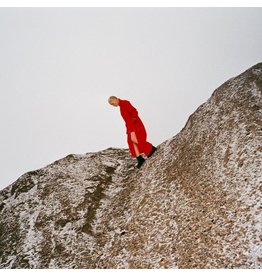 It was on a mountainside in Cumbria that the first whispers of Cate Le Bon’s fifth studio album poked their buds above the earth.
Add to cart
Cate Le Bon - Reward
£19.99 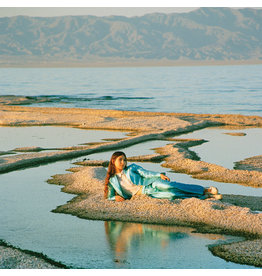 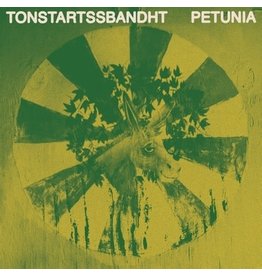 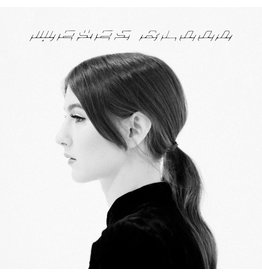 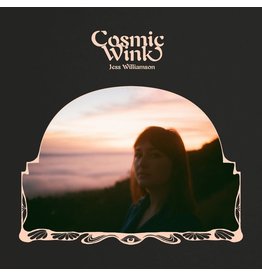 Cosmic Wink is as much a reflection on inspired companionship as it is a rebirth.
Jess Williamson - Cosmic Wink
£15.99 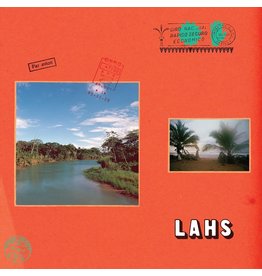 On their fourth LP, drummer Matt Correia, bassist Spencer Dunham, and guitarists Miles Michaud and Pedrum Siadatian turn their collective gaze outward and toward the horizon.
Allah-Las - LAHS
£17.99
Please accept cookies to help us improve this website Is this OK? Yes No More on cookies »