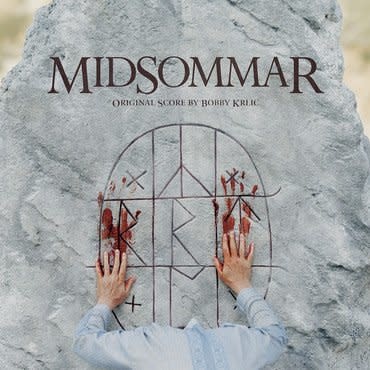 Midsommar is a new horror film from director Ari Aster (Hereditary). Starring Florence Pugh and Jack Reynor, the film follows a couple who vacation in a small Swedish village to attend a festival that happens once every 90 years. The trip starts out idyllic as the duo becomes acquainted with the town, but as time lingers they become increasingly suspicious of their neighbours as the cult-like tendencies of the town become apparent. For scoring duties on Midsommar, Ari Aster selected British composer Bobby Krlic (also known by his stage name The Haxan Cloak). Best known for his dark and spooky instrumentals, Krlic has delivered a masterwork of tense, atmospheric pieces and beautiful orchestral movements. The compositions weave expertly with the looming threats clad in the daylight of Scandinavian countryside. Music is an essential element of Midsommar’s atmosphere and will stay with viewers long after the film has ended.