Bernadette Carroll - Laughing on the Outside / Heavenly

Home / Bernadette Carroll - Laughing on the Outside / Heavenly 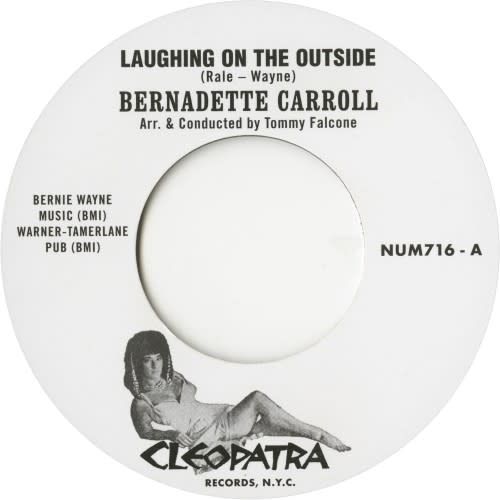 Though not a household name, Bernadette Carroll is one of the more successful teen vocalists of the girl group era. She charted as a member of the Angels, as a solo act, and as a for-hire backup singer, performing on at least two #1 hits, selling over a million copies of each. You’ve heard her voice, whether you know it or not. Her early ’60s work with Hazlet, New Jersey, producer Tommy Falcone resulted in a handful of singles for the Cleopatra and Julia labels, including the syrupy ballad Laughing on the Outside (Crying on the Inside) and the upbeat dancer Heavenly. Both have been remastered from the original analog tapes, pressed on high quality German vinyl, and housed in a stock Numero sleeve.