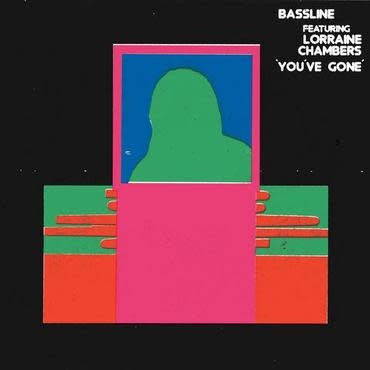 In the late ‘80s, a wave of British musicians raised on ‘70s UK pop, Caribbean sound system culture, reggae, lovers rock and Motown/Philly soul music fell in love with synthesisers, drum machines and 8-track recorders. The street soul generation had arrived. Originally released as a white label 12” in 1989, You’ve Gone is the sole release from Bassline, the studio project of Southeast London-raised musician Tony Henry, not to be confused with Tony Henry from Manchester jazz-funk/R&B band 52nd Street. Featuring the singer Lorraine Chambers, it’s one of the true jewels of the UK Street Soul scene. As Lorraine’s heartsick soul vocal glides over sunrise synths, dusty drums, elegant electric piano figures and a reggae indebted bassline, You’ve Gone captures the optimism and strength of the era perfectly. You’ve Gone was championed by Choice FM UK (now Capital XTRA), Kiss FM, and DJ Trevor Nelson. Tony went from selling white labels out the trunk to booking in Live PAs for Lorraine with London sound systems like Rampage and up north in the street soul loving cities of Manchester and Birmingham. “When Lorraine did PAs up there, she went out on stage like she was Beyoncé.”