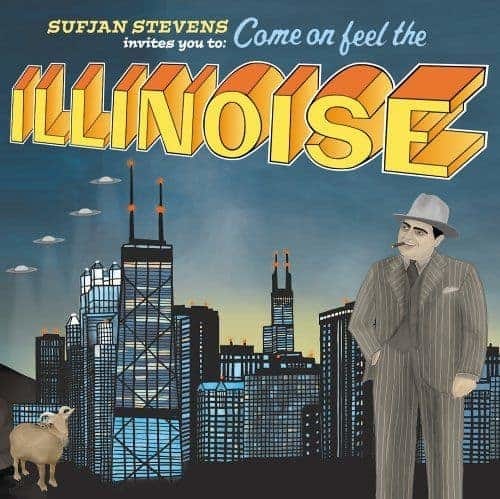 With two states down and only 48 to go, Sufjan Stevens' ambitious musical map of the Unites States of America should be completed, if he puts out one a year, sometime around 2053. It's a daunting task (and not an entirely original one at that), but if each subsequent record is as good as Illinois, fans who live long enough to witness the project's completion will no doubt find themselves to be scholars of both state history and its narrator's shape-shifting soul. Stevens' folk epics, as played by his signature mini-orchestra, have changed little since his 2003 foray into Michigan, a charge that may cause some grumbling among that album's detractors, but there's a newfound optimism that runs through much of Illinois.