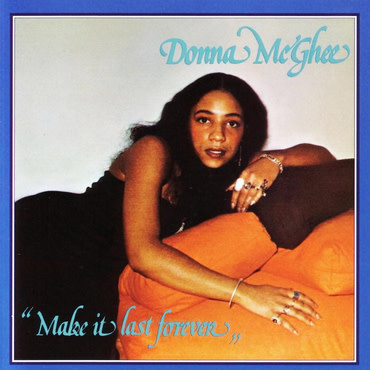 When it comes to underground New York Disco, Donna McGhee's highly sought-after 1978 LP, Make It Last Forever, ranks among the best in the genre, thanks to Donna’s singing and the production skills of legendary producers Greg Carmichael and Patrick Adams. Featuring five songs penned by the producing pair, it's got their quintessential Disco sound of the late 70s topped by Donna McGhee's superb vocals. These have also blessed recordings by The Fatback Band, Phreek, Bumblebee Unlimited and The Universal Robot Band around the same time. The album has been an elusive affair since it first came out in 1978 and this is one the first times in decades it is widely available in its original form with newly remastered audio.