Will Oldham - Songs Of Love & Horror 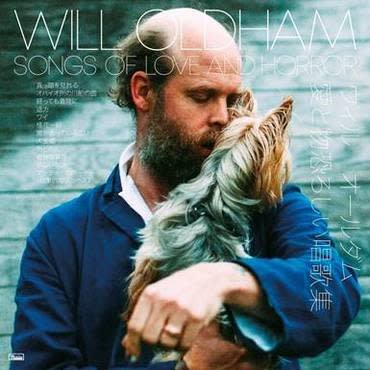 The songs of Will Oldham have been written most often for the aliases of Palace or Bonny. Their identities, kept necessarily separate from Will's, the songs were written to create a singular encounter, to be shared among those who choose to listen. Songs of Love and Horror is a rare entry in this ouvre: a Will Oldham album, with the writer taking a turn as singer. As befits the nature of this project, the songs are sung and played by Will alone, in a setting enjoyed by fans of his music - that of one voice and one guitar, the better to savour the spare changes and starkly-cut lyrics, operating in quiet tension and ultimate collaboration. Will brings to the songs all that he has learned from his stage-crafting fellows over the years, singing new versions that quiver like fresh young things in the air of today. Autumn 2018 sees the release of a celebrated lyrics archive that has been growing for over 25 years in the form of a book - the words to the songs sung by Bonnie 'Prince' Billy and Palace Music, written by Will Oldham. The book, to be released by W.W. Norton, is titled Songs of Love and Horror, the same as this album and can be seen as a companion piece. Both celebrate not one legacy, but rather a confluence of them, flowing in the stream towards an unknown and often unknowing future, with the hope that these notes in a bottle ever pass on through.