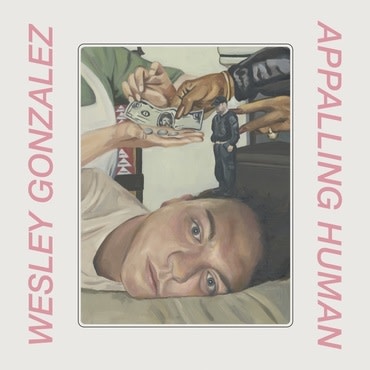 Pink vinyl. Wesley Gonzalez, DIY indie punk's enfant terrible turned pop sophisticate, returns with his second album Appalling Human. Ironically a more accomplished record than his 2017 debut Excellent Musician, here Gonzalez makes full use of a lithe band armed with an orgy of high-end synthesizers, all mixed for the dancefloor by James Greenwood (Ghost Culture, Daniel Avery, Kelly Lee Owens). Both its sound and emotional clout are huge. Along with therapy, taking better care of himself and a switch from guitars to learning and writing on piano, it was the choice of people to work with that helped him into this new creative phase.The new line up around Wesley was completed by the bassist Joe Chilton, singer Rose Dougal, drummer Bobby Voltaire and Callum Duffy on synths. They'd sit back and accommodate his demanding notion of how things should sound. As the new way of working unblocked Gonzalez' creativity on the first record, so too did new listening lead to stepping up his ambition for the scope and sound of its follow-up. He was going in for work each day at a Soho record shop, wanting to throw himself into traffic, then patching himself up with music. Despite all the electronic prostheses that grace his solo project, at the heart of his music there is a depth to the song writing and a singular character to it. There's an eccentricity somewhat akin to Harry Nilsson, or Andy Partridge of XTC, and a kind of melancholy (lost) innocence. His sensitive feel for characters and situations is simply unparalleled in his peer group. It's a depth that becomes more and more apparent with each release.