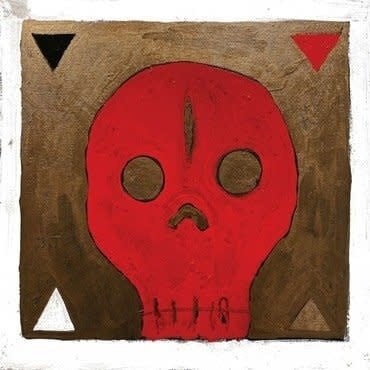 Coloured Vinyl. Fuzz Club Records are back with the seventh volume of their annual Reverb Conspiracy compilation. Likened to the Nuggets compilations that document the kaleidoscopic sounds of the 60s, the Reverb Conspiracy series provides a snapshot of the contemporary international psych scene in all its multifaceted glory. Concerned with all things fuzz, reverb and drone, you'll find underground artists and familiar names. Vice once described the Reverb Conspiracy as "a catalyst for the European Psych Nouveau movement... sparking more creative chemistry than a night of speed dating at Andy Warhol's" but, as of volume six, Fuzz Club have now gone fully international. Like its predecessor, Volume 7 is a worldwide affair and all the better for it. From Australia, there's the hypnotic psych-surf of Chesta Hadron and driving krautrock jams courtesy of Mt. Mountain. Elsewhere, Mexico brings us a ten-minute motorik work-out from Sei Still and murky, reverb-soaked shoegaze from Lorelle Meets The Obsolete. Turning back to Europe, there is a whole heap of far-out sounds. France offers us electronic post-punk drones (Veik), gothic psych (Servo) and experimental electronica/Krautrock (Ashinoa). Representing Italy, there’s Kill Your Boyfriend’s psychedelic noise-rock and bludgeoning walls-of-sound from Rev Rev Rev. There's a piece of primal industrial psych via Germany's Flying Moon In Space and Austria’s Hypnotic Floor deliver a thrashing fuzz freak-out. Championing the UK, where Fuzz Club themselves are based, you'll find Autotelia's sprawling, minimalist soundscapes and dark, noisy post-punk from Mirna Way (who are based in London but originally hail from Poland.)