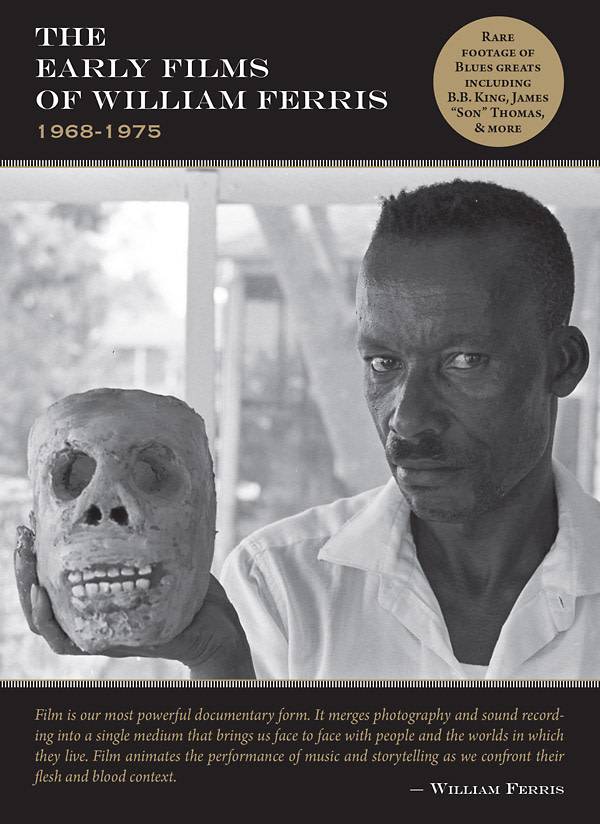 Throughout the 1960s and 1970s, folklorist William Ferris toured his home state of Mississippi, documenting the voices of African Americans as they spoke about and performed the diverse musical traditions that form the roots of the blues. This DVD features seven films made by Ferris between 1968 and 1975.

In addition to being a groundbreaking documentarian of the American South, Ferris is Joel R. Williamson Eminent Professor of History and senior associate director of the Center for the Study of the American South at the University of North Carolina at Chapel Hill. A former chairman of the National Endowment for the Humanities, Ferris co-edited the Encyclopedia of Southern Culture (1989) and is the author of multiple books. In 1991, Rolling Stone named him among the top ten professors in the United States. DVD in digipak; NTSC format and region free.