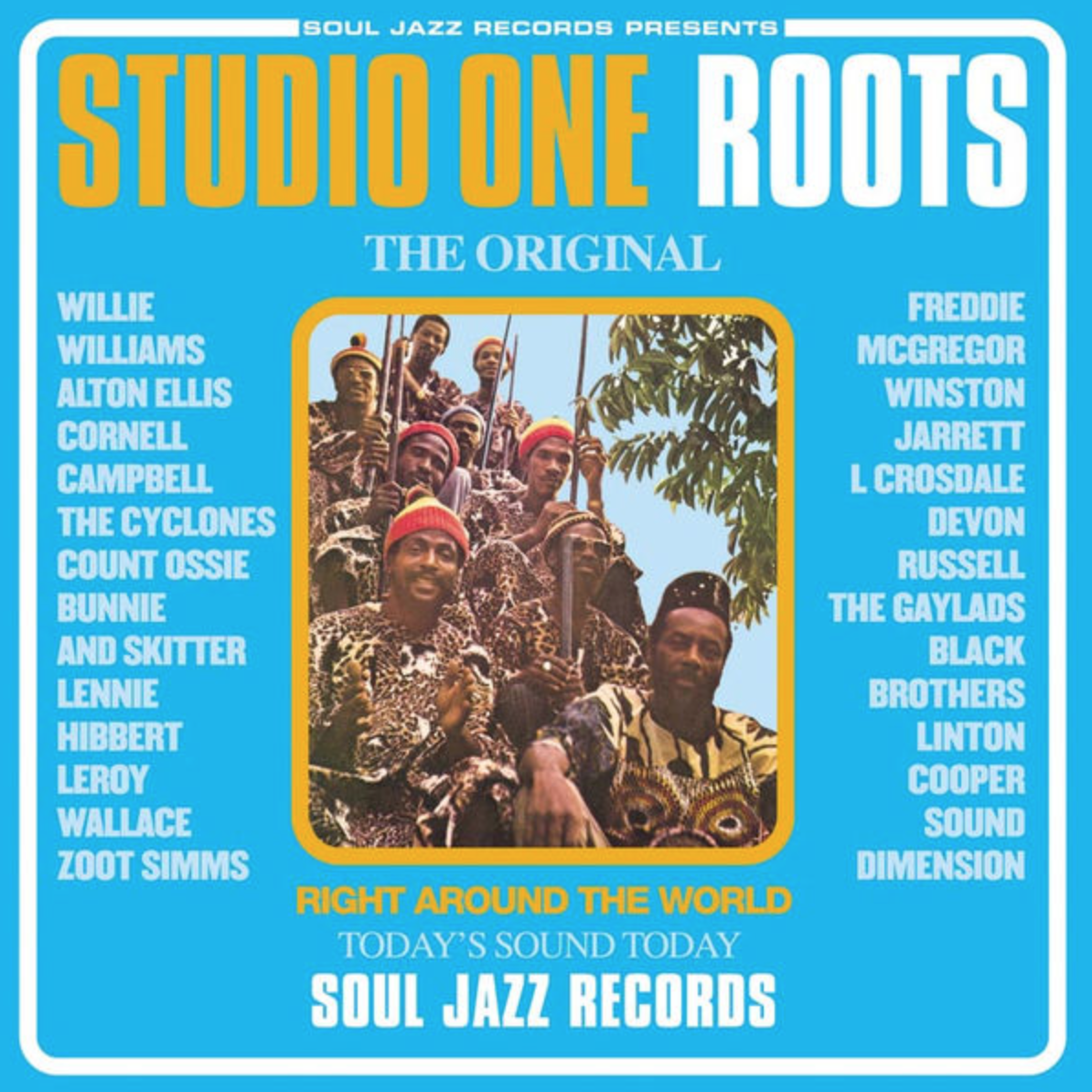 20th anniversary blue vinyl repress. Roots music flourished in the 1970’s as Rastafarianism, Black consciousness and self-determinization became the most important aspects of Reggae music. Bolstered by the international success of Bob Marley and Burning Spear (both who began their careers at Studio One), Roots music became the major musical development of Reggae in the 1970’s. Coxsone Dodd and Studio One’s connection to Rastafarianism had begun long before the arrival of ‘roots music’ as a distinct genre that arrived at the very tail end of the 1960s. By the start of the 1960’s Coxsone Dodd was making his way to Count Ossie’s Wareika Hills Rastafarian compound to hear Rastafarian drummers play whilst the Skatalites’ front-line horns – Tommy McCook, Don Drummond, Johnny Moore would jam alongside. Similarly, Count Ossie would appear during Sir Coxsone’s dancehall sessions, performing live at the height of the evening. This is the third in the series of Rastafarian inspired music from Studio One, and features classic foundation artists alongside some seriously rare tracks from the label.