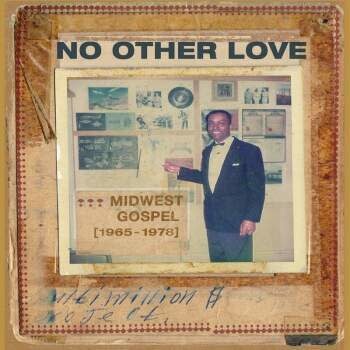 This collection of rare black gospel from the Midwest - featuring church congregations, basement recordings sessions, family bands and children’s choirs - is drawn together by two threads. The first - hope - which holds fast and unchanging, even in the most trying of circumstances. The second - circumstance—the way these recordings fell into the hands of producer, Ramona Stout, in Chicago at the dawn of the Obama era, when she had just about lost hope in her American Dream. Over the course of five years (2006-2011) of vinyl hustling in Chicago’s South and West Sides, these 45s came into Ramona’s hands, mixed up in milk-crates stacked with Northern Soul, water-damaged jazz and Hall and Oates LPs. After much travel and time, Ramona has articulated the spirit that drove this music forward. In this collection, she writes of this music and its relationship to the struggling communities where the records were found. Sourced from exceedingly rare 45s—many of which were vanity pressings of less than 100 copies - all of the tracks found on this collection appear for the first time since their original release. Remastered by Grammy-winning producer Christopher King, these recordings have been resurrected for a new generation of listeners. With art direction by Grammy-winning graphic designer Susan Archie, this collection is a tangible, immersive experience in the struggles—the victories, the failures and the lingering hope—that defined Chicago in the post-Civil Rights era. No Other Love is a singular, impressionistic journey into music that expresses faith, despair and exuberance. It is also a profound exploration of the very meaning of hope.