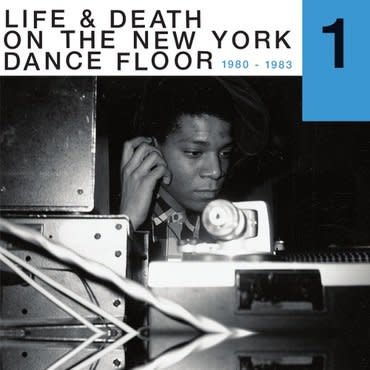 The first of a 2-part sonic tribute to the 1980 – 1983 era as well as a musical companion piece to Life and Death On The New York Dance Floor sees recognised musicians (David Byrne of Talking Heads) nestle up alongside the belatedly recognised (Arthur Russell’s Dinosaur L and Loose Joints, and Suicide's Alan Vega) and the downright obscure (Gray, 2 Teens Kill 4 and Tuxedomoon). An indication of what’s to follow, Dinosaur L’s original album version of Go Bang has been dramatically overshadowed by the definitive François Kevorkian remix yet received regular play by David Mancuso and remains an enthralling experimental Arthur Russell jam. Lovingly curated across 2 slabs of vinyl, the album introduces listeners to a stunning array of sounds, styles, vibes and feelings that encapsulate this most fertile and forward-thinking era, when music, fashion, sound system innovations, leaps in music technology, a DIY attitude and a freedom from corporate politics combined with extraordinary expressivity. All music contained within this album has been hand-picked and programmed by Tim Lawrence. It represents a selective yet rich introduction to one of the most extraordinary periods in New York City’s epic musical history.