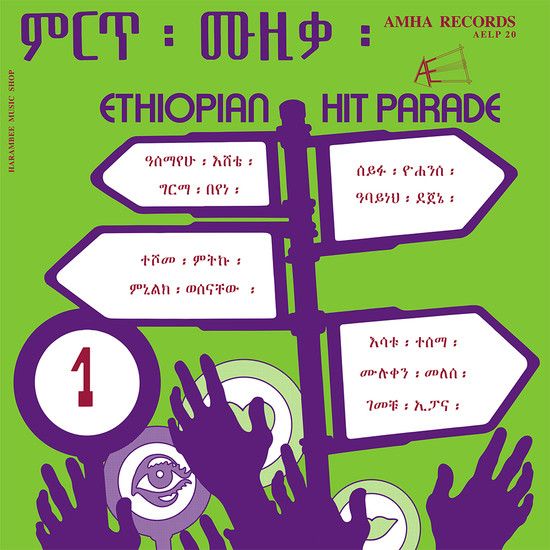 After releasing around fifty 45 rpm singles and his first 33 rpm album, Amha Esthèté set about compiling his best 45s on a series of now legendary albums (the originals are impossible to find) in 1972. The first four volumes of Ethiopian Hit Parade were released in September and October 1972, with the fifth volume appearing in January 1973. You might be the proud owner of Volume 1. An audacious, funky outlaw, a music lover and an entrepreneur in tune with the baby-boomer generation, young Amha Esthèté (he was only twenty-four when he launched his label) will be remembered as the instigator of a peaceful revolution thick with soul and rock’n’roll.